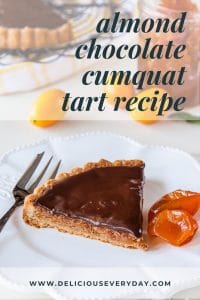 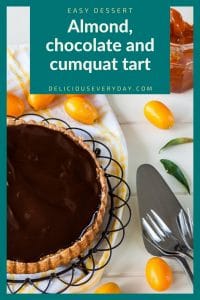 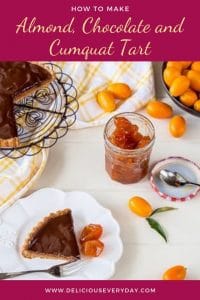 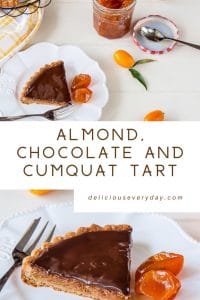 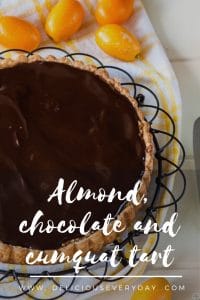 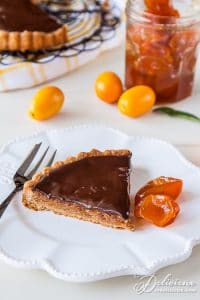 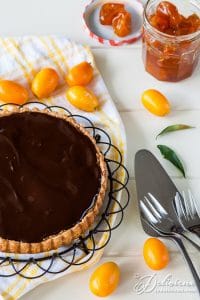 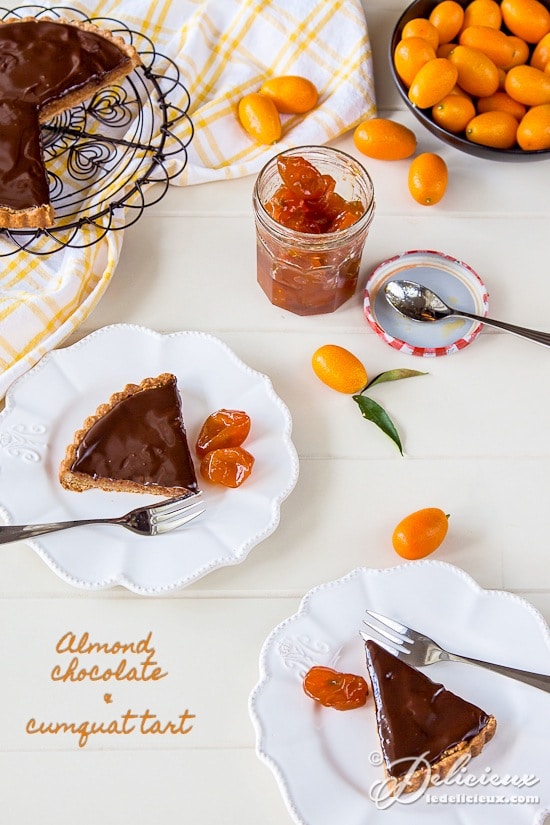 Cumquats. I'd never cooked with them before, let alone eaten one, and it was this fact that intrigued me enough to purchase a bountiful bag of them recently from my local supermarket. You see, whenever I see fruit or vegetables I've never tried before I just have to buy them. I love trying new things. Some of my discoveries are successful, others not so much.

With my bag of cumquats sitting on the kitchen bench I began to wonder what to do with them. They sat there for a couple of days while I tossed around ideas, but then I decided to turn to Google, not being overly familiar with cumquats. When I Googled cumquat recipes and stumbled across a recipe for an almond, chocolate and cumquat tart with candied cumquats by the wonderful Maggie Beer I knew I had to try it. Not least because of the combination of citrus and chocolate, which is my all time favourite flavour combination, but because all of Maggie's recipes are fabulous.

Starting with Maggie's infamous sour cream pastry the tart is then topped with a mixture of ground almonds, butter, cinnamon and cumquat syrup and zest, and baked until golden. This is then topped with a dark chocolate glaze. The combination is divine, with the almond mixture reducing the overall sweetness and richness of the tart.

If you have left over candied cumquats they are a wonderful accompaniment to a cheese platter. 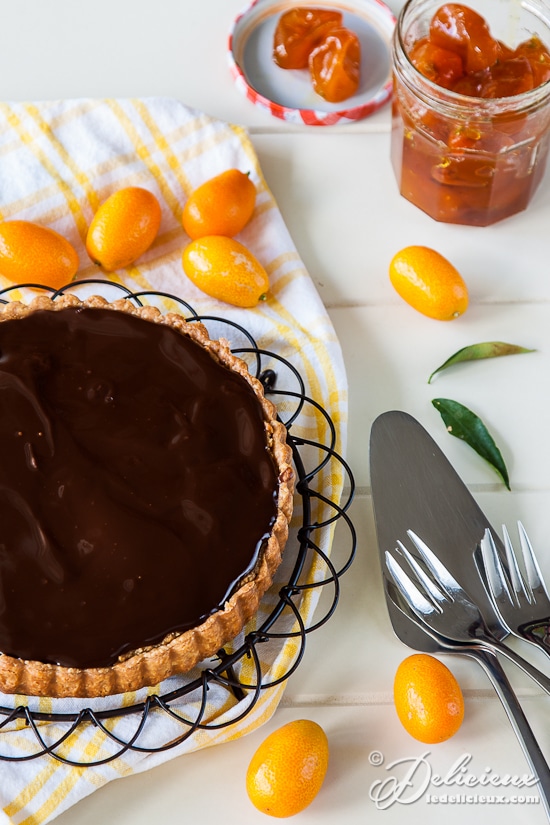 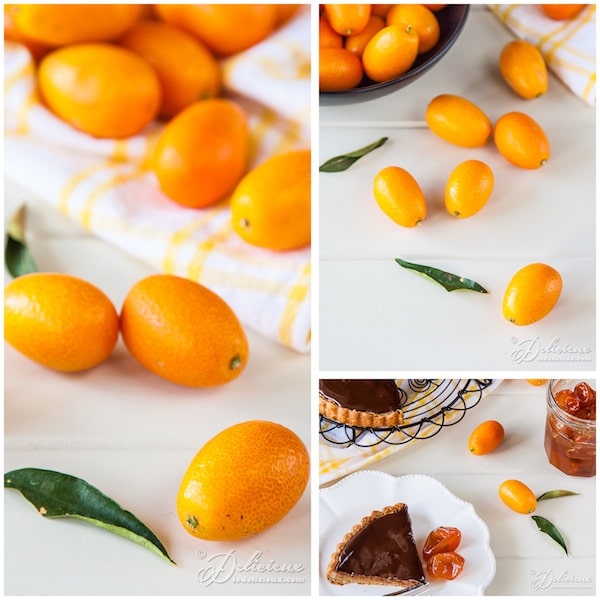 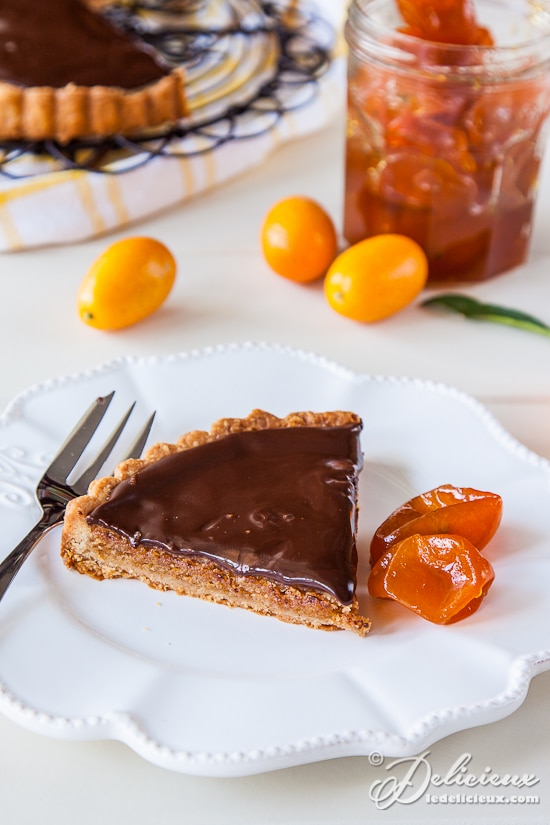 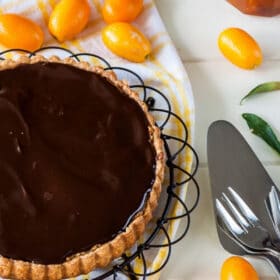