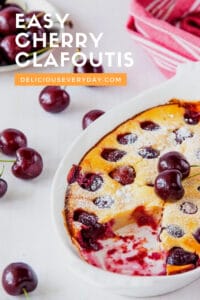 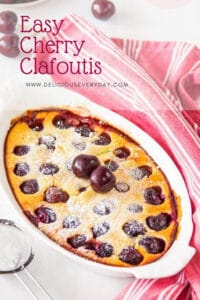 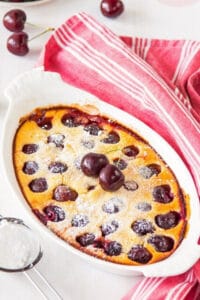 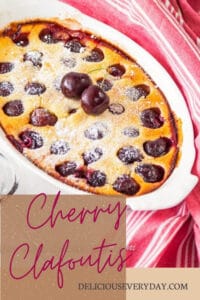 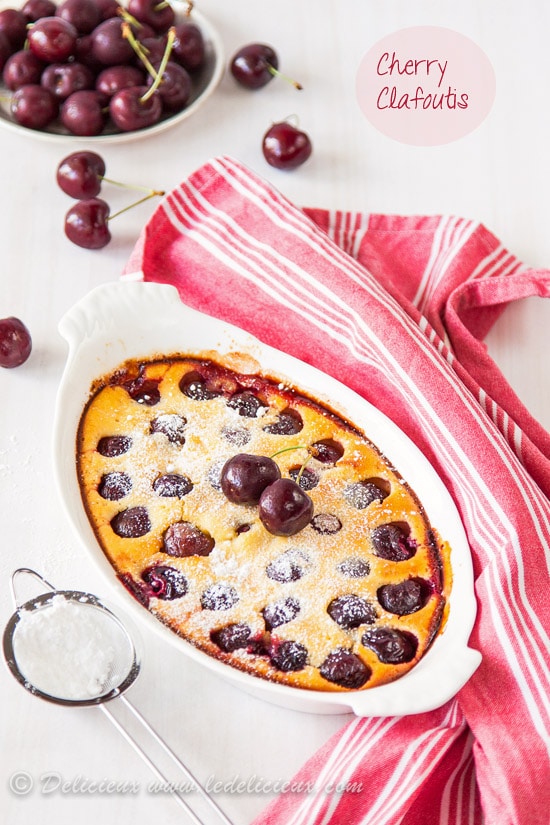 They say the test of a true cook is how well they make a classic dish because everyone knows how that dish is meant to taste.

While I tend to agree somewhat, every classic dish has variations. Take the French classic, Cherry Clafoutis. I've made Clafoutis a number of times before, each with different recipes from different cooks, and each is different. As with fashion, cooks like to add their own spin on things.

I've had clafoutis that are cake style, and those that are more custard like. This clafoutis, which I came across in the beautiful [amazon_link id="1920989544" target="_blank" ]Maggie's Harvest[/amazon_link], which I received in the mail the other day as a gift from my Mum, is somewhere between.

When I've made clafoutis in the past I've always pitted the cherries for convenience sake, but this time I took the purist path and left the stones in as it's supposed to add flavour to the batter during cooking. I have to be honest and say I didn't notice a difference over the times I've pitted my cherries, and well, the clafoutis is much easier to devour when you don't have to worry about pips! 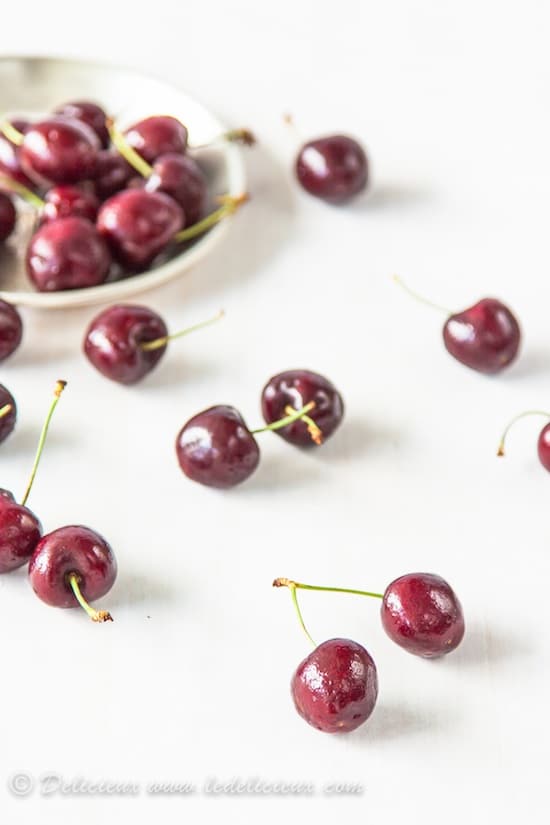 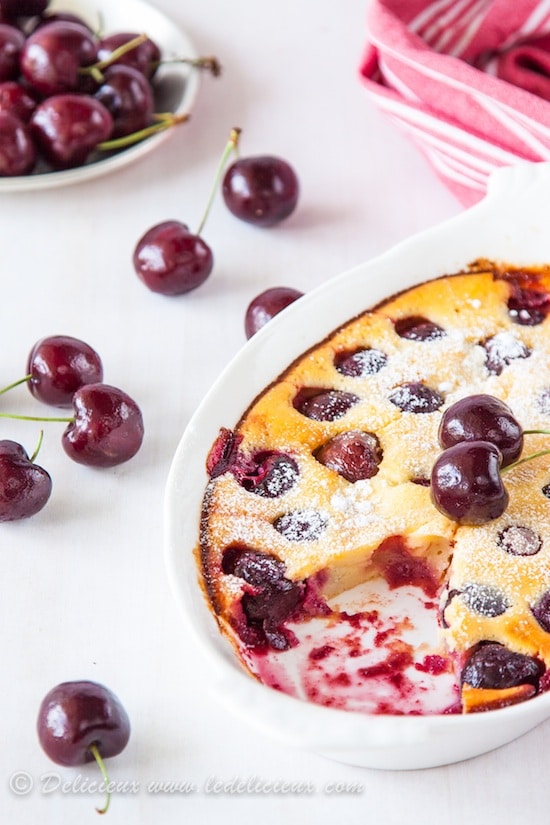 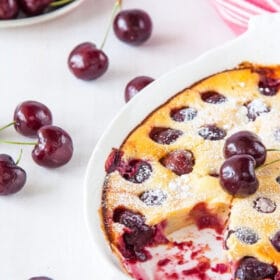