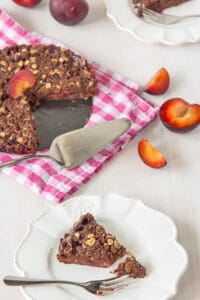 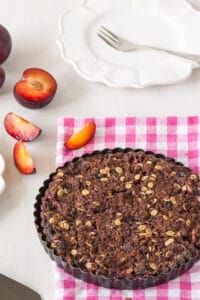 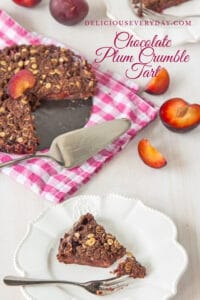 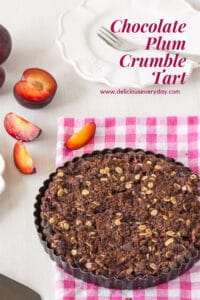 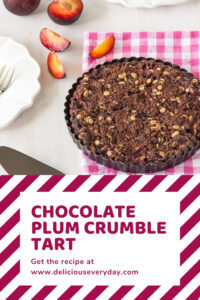 We've had so much rain in Brisbane recently the cravings for those typical winter comfort desserts, such as crumbles, puddings and pies, kicked in. And so it was last weekend I found myself making this Chocolate Plum Crumble Tart.

For the pastry I adapted Maggie Beer's infamous Sour Cream Pastry recipe. I'd been wanting to try it for years, but rarely having sour cream in the house I'd never gotten around to it. But with an abundance of homemade yoghurt I decided to give it a try with, you guessed it, yoghurt and a little cocoa to satisfy my chocolate cravings.

Although I'm sure it's not as rich as Maggie's original, it worked beautifully. Maggie Beer is certainly a genius.

For the filling, I went with a simple combination of roughly chopped plums, sugar and a sprinkle of cinnamon, which was then topped with a generous chocolate crumble topping.

Served warm it's fabulous with a dollop of cream, but it's also fantastic cold too, especially with a cup of green Early Grey tea. 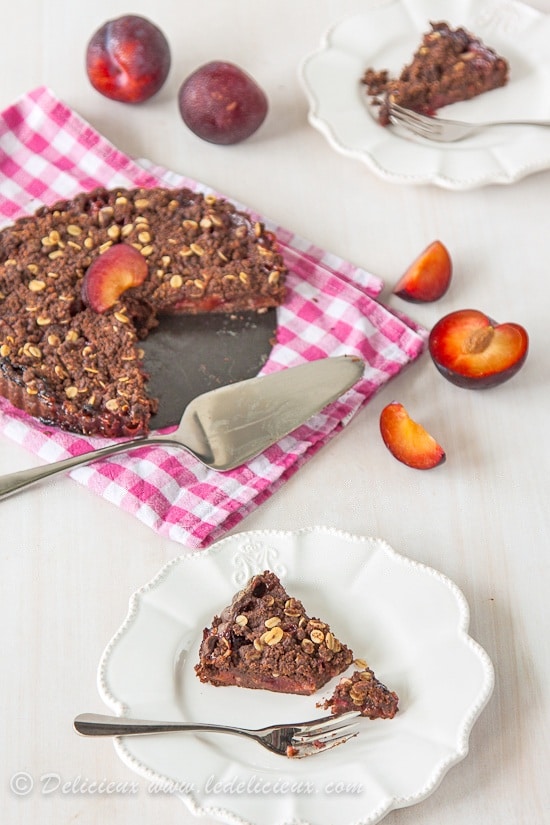 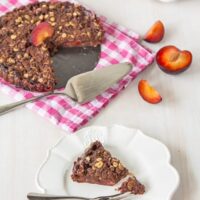 The pastry recipe will make more than is required for this tart. Wrap up remaining pastry in plastic film and freeze.