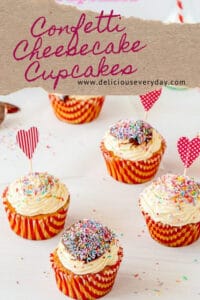 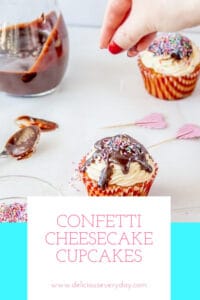 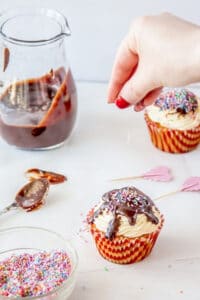 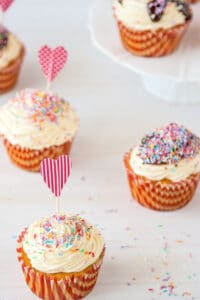 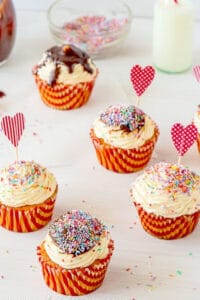 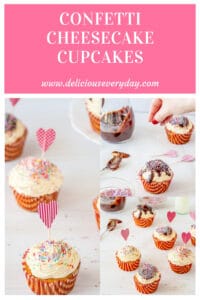 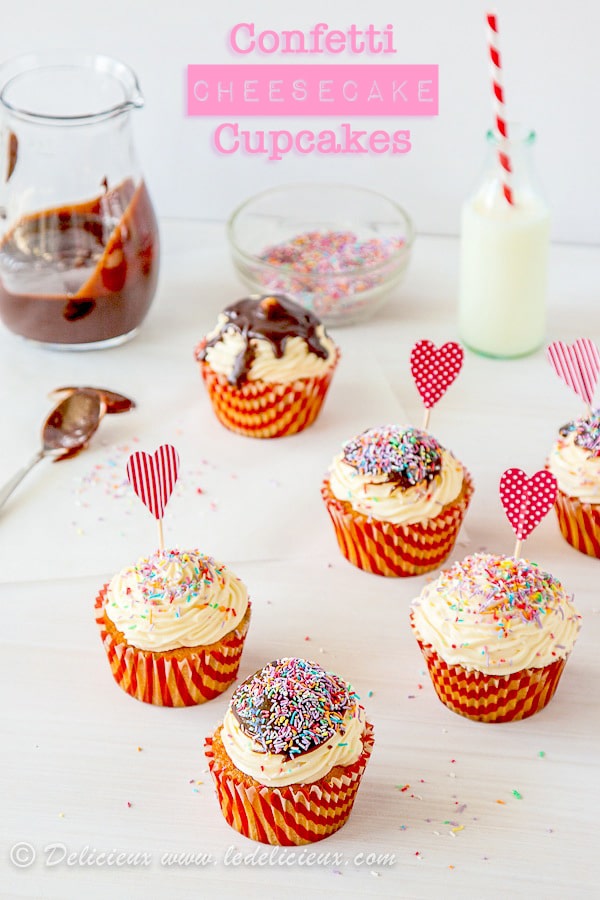 My husband, like most men, is a big kid. I don't mean this in a derogatory way, in fact it's one of the things I love about him. He loves playing on his Xbox, playing with Lego and, like any child, he adores sprinkles, especially sprinkled over the top of vanilla ice cream.  So, the other day when he asked if I would make some cheesecake cupcakes again, I decided to surprise him by making sprinkles, or Confetti Cheesecake Cupcakes instead of the Cookies and Cream Cheesecake Cupcakes I'd made previously.

Needless to say my surprise of Confetti Cheesecake Cupcakes went over a treat. And honestly, what adult and child wouldn't love these? What's not to love when two dessert favourites come together in cupcake form? In fact if you count the beloved children's birthday favourite of fairy bread, well, it's really 3 desserts in one - fairy bread, cupcakes, and cheesecake! After all who doesn't love fairy bread?

While the chocolate fudge sauce on top of the cheesecake frosting might be gilding the lily, I say gild away!  But then I'm a totally hopelessly addicted chocoholic. You can of course skip the fudge sauce, which might be the safest option if you are making these for a children's birthday party - I can just imagine fudge smeared hands leaving little fingerprints everywhere - but as far I'm concerned the fudge sauce is necessary for this totally indulgent treat.

This recipe will make 12 cupcakes, but can be doubled if needed, as can the cheesecake frosting. And as for the fudge sauce, any left overs are wonderful drizzled over a scoop of ice cream! 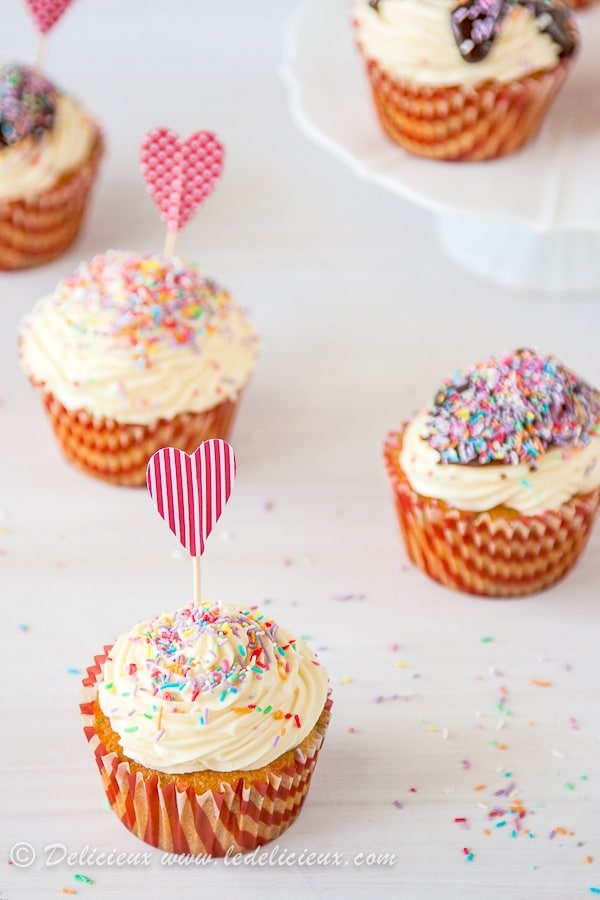 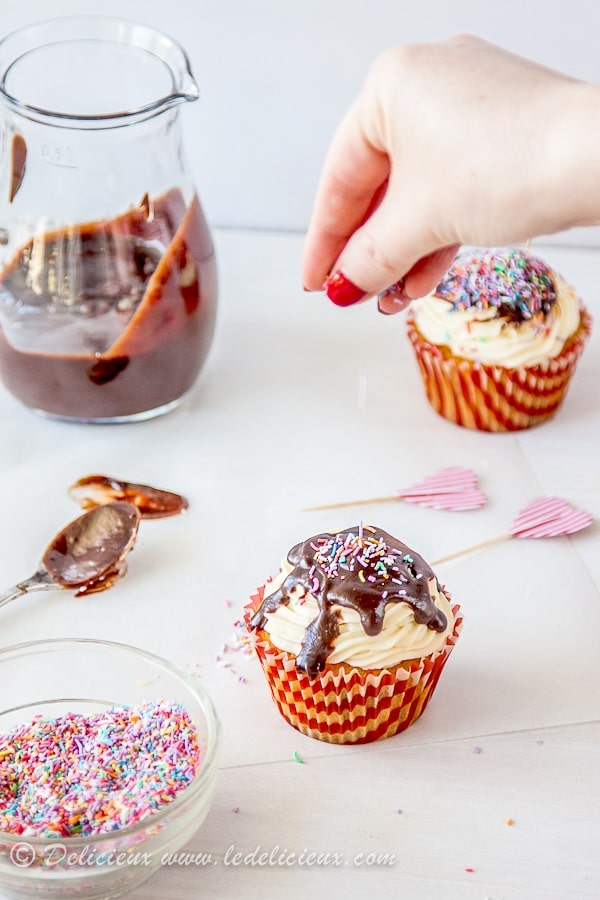 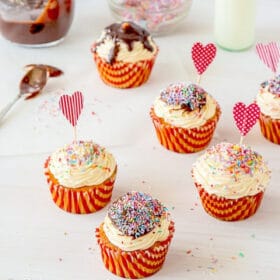 Cupcakes can be stored in the refrigerator for 3 to 4 days.