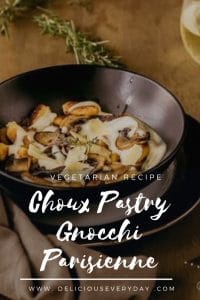 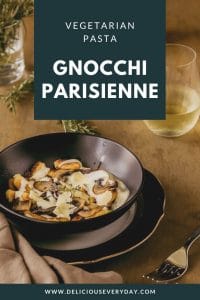 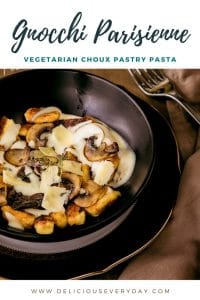 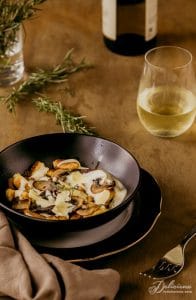 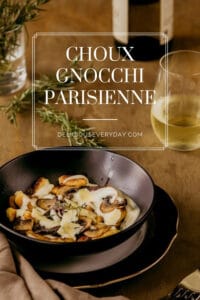 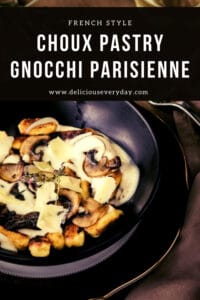 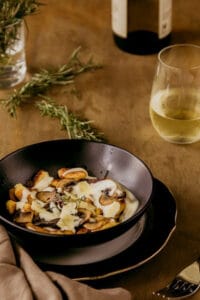 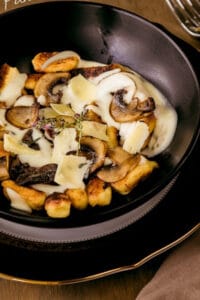 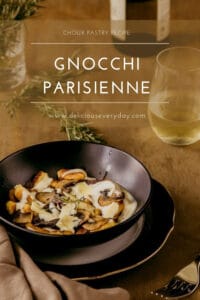 You might remember the gnocchi Parisienne I raved about in my Baguette review. Well, I was so in love with this dish that I set about recreating it at home.

First I had to tackle making choux pastry, which is the basis for this gnocchi instead of the traditional potato gnocchi that most of us are familiar with. I'd never made choux pastry before, and I'd be lying if I said my first attempt was a success. It wasn't. It was a sloppy mess that certainly wouldn't have stood up to being piped. I learned later that I hadn't whisked the pastry enough between each egg addition. I'd whisked until my arms were sore, and clearly it wasn't enough, so when it came to my next attempt at choux I decided to break out my [amazon_link id="B00005UP2K" target="_blank" ]KitchenAid stand mixer[/amazon_link] to do the hard work for me. Lazy perhaps, but what a difference it made as I had perfectly pipe-able choux at the end! Since then I've made several batches of gnocchi Parisienne using this method and it's so fantastically easy, so please don't let the thought of making choux pastry stop you from making this recipe as it's much simpler than it sounds.

The other great thing about this gnocchi Parisienne recipe is that all the components - the gnocchi, mushrooms and mornay - can be prepared well ahead of time and assembled at the last minute. In fact the choux gnocchi needs to be cooked in boiling water and left to dry out in the refrigerator, for at least an hour before it's final pan fry in a smoking hot pan, adding a lovely sear to the gnocchi, which I think is what makes this dish so delicious. 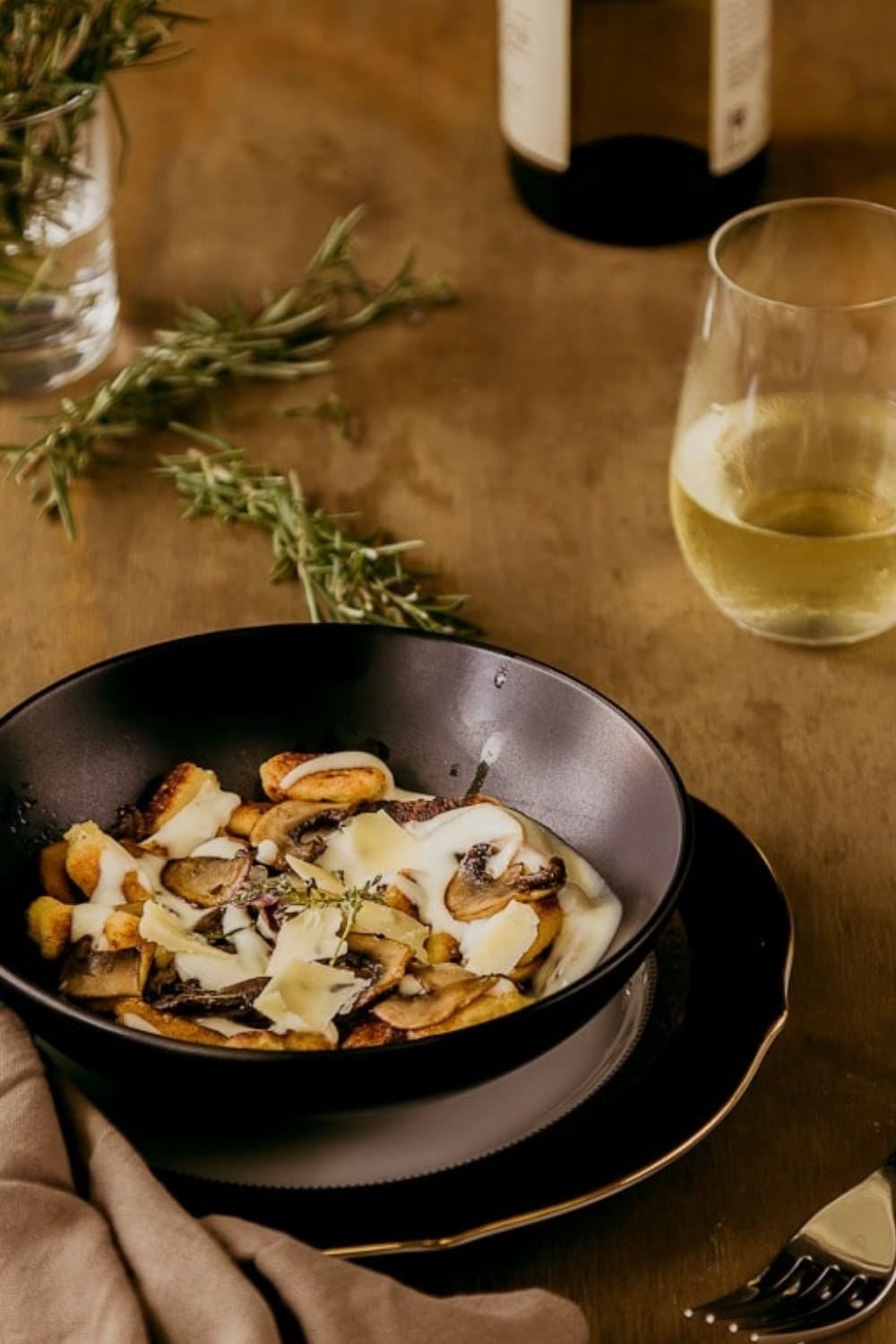 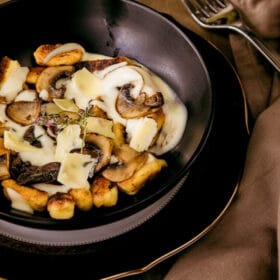 The pan needs to be smoking hot when frying the gnocchi otherwise the gnocchi will stick. If they do stick, don't stress. Just cover them in the mornay sauce and no-one will ever know!