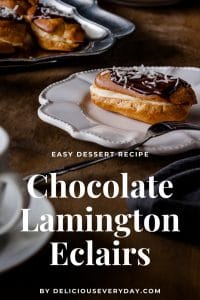 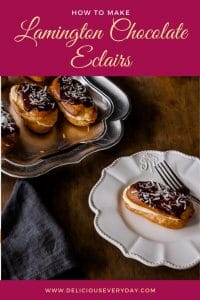 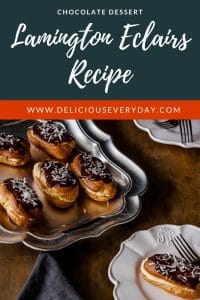 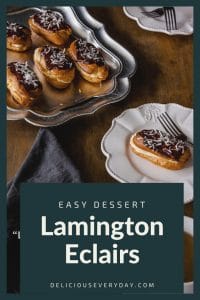 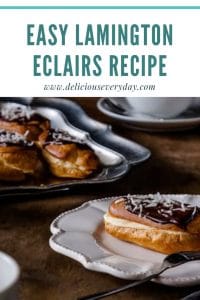 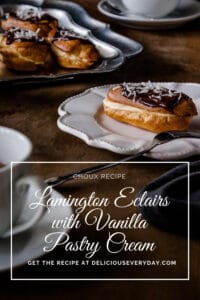 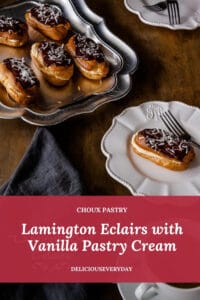 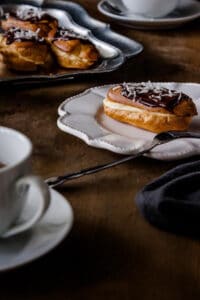 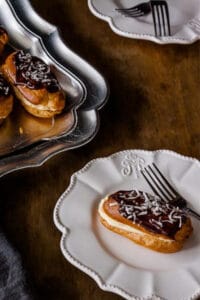 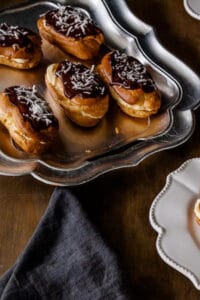 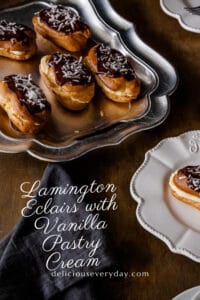 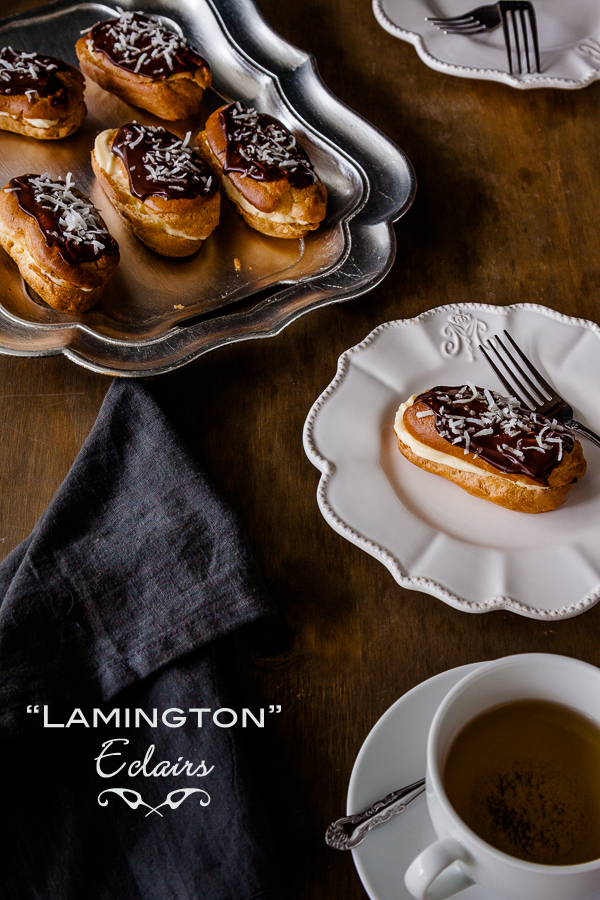 In fact I'll be the first to admit that my "Lamington" chocolate eclairs are about as close to lamingtons as I am to winning the lottery or ever realising my dream of escaping to live in France (i.e. not very close).

I did however want to do something to pay homage to Australia day, and our national cake - the lamington, but the sad fact of the matter is, as much as I love cake, I don't like lamingtons.

In my experience lamingtons are dry, crumbly, and, well, not particularly exciting. And their dryness, mixed with the coconut coating always has me reaching for a drink to wash it down. I'm willing to admit however, that perhaps I've just never had a good lamington. So if you've come across a really great lamington, or lamington recipe, let me know in the comments.

I hadn't intended on making anything to celebrate Australia day, but the idea of lamington chocolate eclairs popped into my mind the other day, and I was unable to get it out. Despite the fact I'd never made eclairs before I wasn't perturbed. In fact, I love the challenge of making something for the first time, and learning a new skill.

Choux pastry isn't completely new to me, after making a couple of batches while I was trying to recreate a gnocchi Parisienne dish I'd had at a restaurant. The trick to making choux is beating the eggs into the butter and flour mixture really well. I tried to do this the first time by hand, and, well, the result was a goopy liquid mess. Clearly my arms aren't up to the task, so the next time I switched to using my KitchenAid to do the job for me, and my choux came out perfectly.

My chocolate eclairs aren't perfect, but neither am I. They have bumps where they should be perfectly sleek and smooth, however they still taste pretty darn good, and honestly, that's all that matters sometimes. 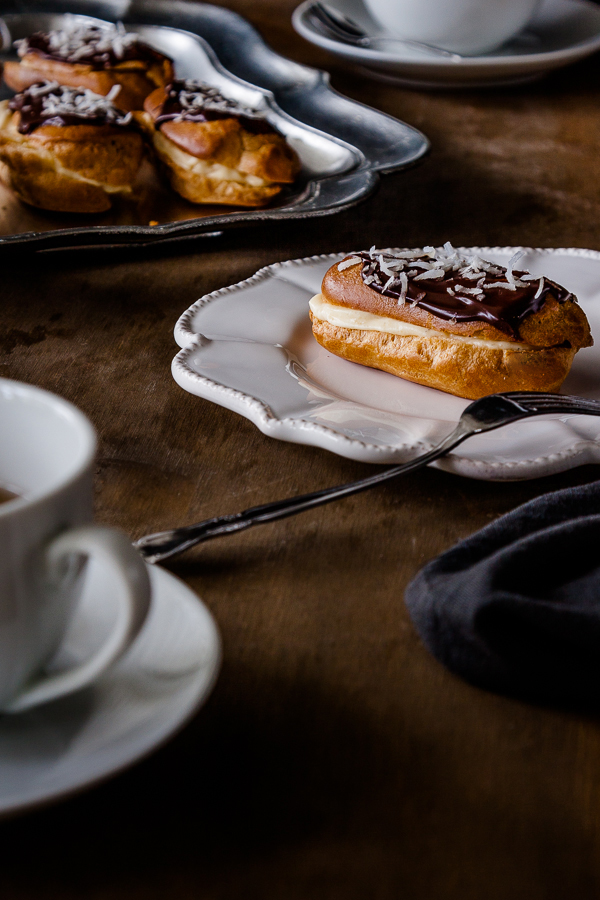 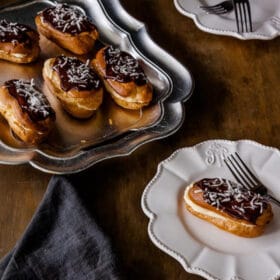 If you want to skip the pastry cream fill the eclairs with whipped cream flavoured with vanilla seeds. A dollop of strawberry jam would be a delicious addition too.