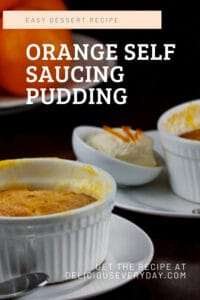 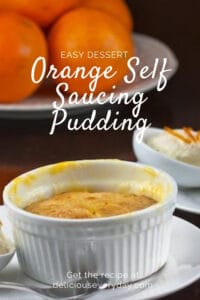 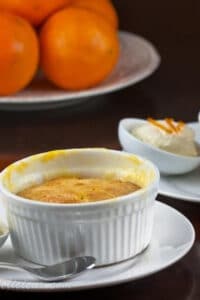 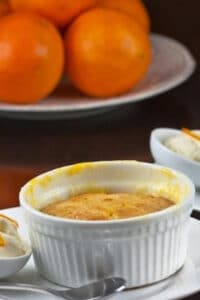 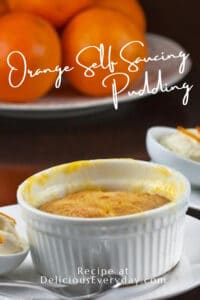 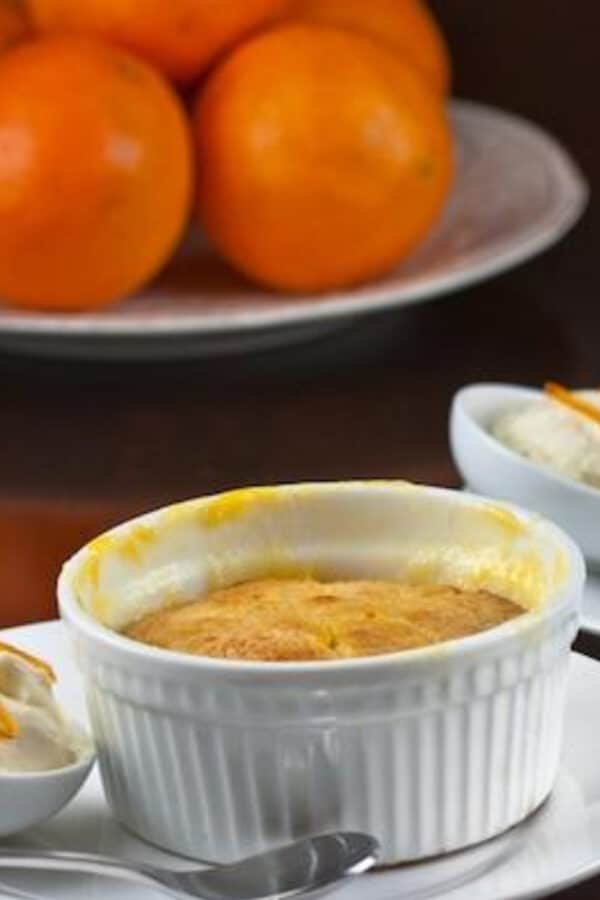 This Orange Self Saucing Pudding is a definite favourite in our house.  In the last 3 weeks I've made it 3 times.  It's that good!!

On the first night I made this Orange Self Saucing Pudding my fiance announced it was his new favourite dessert and went back for seconds!  This pudding is super easy, so delicious and it's also a great way to enjoy the abundance of oranges on the market at the moment.  In fact, it's so good and so easy you will never go back to those self saucing puddings that come in a box!

Better still, it's the type of dessert you can whip up on a weeknight after work that is sure to impress the family as it's so quick to prepare.  What could be better than that?

Have you made your own self saucing puddings before?  What are your favourite flavour combinations? 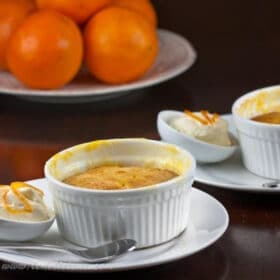