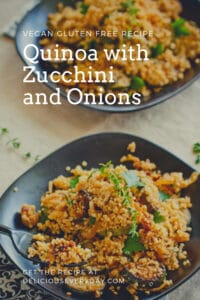 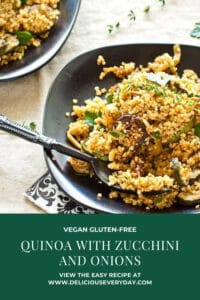 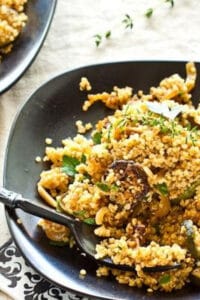 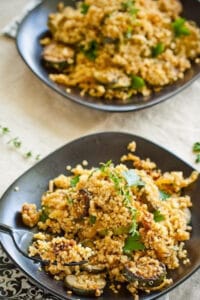 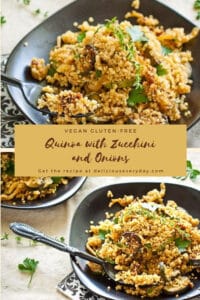 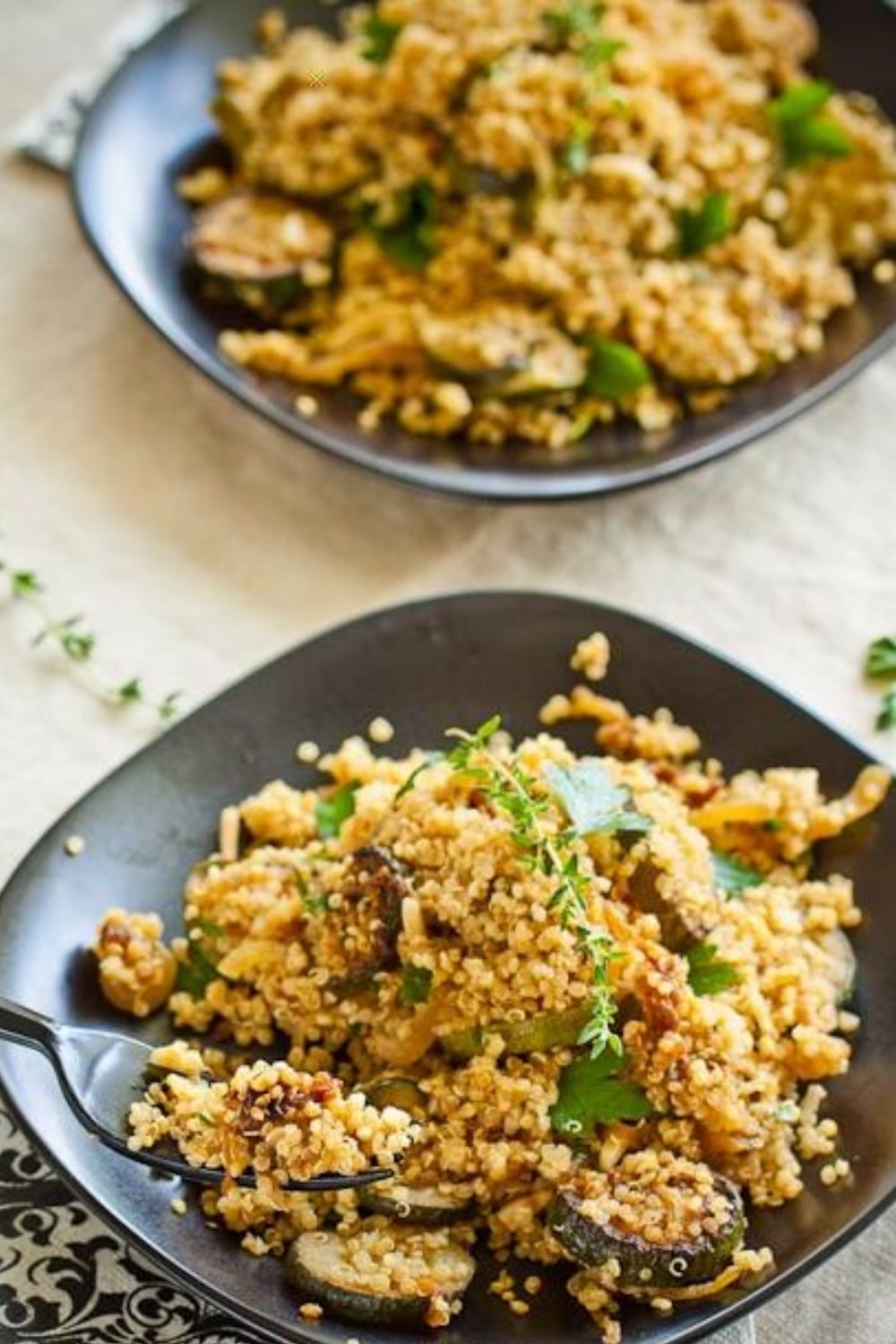 Welcome to my third post in the [amazon_link id="1408812126" target="_blank" ]Veg: River Cottage Everyday[/amazon_link] series celebrating the launch of Hugh Fearnley-Whittingstall's new book, River Cottage Veg Everyday. The first two recipes I tried were Mushroom Risoniotto and Lettuce and Spring Onion Tart, and today it's Quinoa with Zucchini and Onions.

While I've used Quinoa Flakes in a number of recipes in the past, I hadn't actually cooked with Quinoa before. So when I came across a recipe for Quinoa, Zucchini and Onion in River Cottage Veg Everyday I knew I had to give it a try.

I'm sure you've all heard about Quinoa and what a wonderful superfood it is as it's use seems to become more and more widespread these days.  Even so, I thought I would share a few facts about Quinoa that you might not be aware of.

1. It's not a grain
While Quinoa is often referred to as a grain, it is in fact a seed.  Botanically it's related to spinach, beetroot and chard, and like it's relatives, in addition to the edible seed, the leaves can be eaten as well.  Quinoa grows on stalks (as you can see in the image above) of between three to nine feet tall. The large seed heads can vary in colour, from red, purple and orange to green, black or yellow.  Having said that, I've only ever seen white and black varieties for sale here in Australia.

2. Quinoa origins
Quinoa is believed to have originated from the Peruvian Andes and has been cultivated for over 5,000 years by local cultures. Most notable of which was the Incan's, who referred to it as the "mother of all grains".

3. Quinoa was almost wiped out by Spanish conquerors
The Incan's had always treated Quinoa as a sacred grain, and as a result almost all of their ceremonies involved the use of Quinoa. When the Spanish set out to conquer the Incan empire in 1532 they destroyed the crops in order to undermine it. The conquerors then also made it illegal to grow Quinoa. As a result, only small crops of Quinoa at high altitudes survived, and Quinoa was all but forgotten about until it's rediscovery in the 1970's.

4. It's considered a super crop
With just 500 grams of seeds a full acre of the crop can be planted which will produce between 1.2  to 2 tonnes of new seeds.  Since quinoa is also drought resistant, and grows well on poor soils, without irrigation or fertiliser, it has been designated as a "super crop" by the United Nations, for its potential to help feed the hungry poor of the world.

5. It has a funny name
Not sure how to pronounce Quinoa? It is pronounced "keen-wah".

6. It's nutritionally rich
One cup of cooked quinoa contains 222 calories and provides the following nutrients:

Given it's protein and iron content it's especially good for vegetarians and vegans.

7. Quinoa is gluten free
If you are on a gluten free diet it's worth trying Quinoa.  It's also easy to digest.

8. Unwashed Quinoa can taste bitter
Quinoa is coated in a natural compound called saponins (a soap like substance). This compound help protect it while it is growing and ensures the seed is not eaten by birds, as saponin produces a bitter taste. As a result Quinoa needs to be washed before being eaten. While most commercially sold Quinoa is pre-washed, it's worthwhile rinsing Quinoa before cooking just to make sure it contains no saponins.

In South America, the saponin coating on Quinoa is used as a detergent to wash clothes and also as an antiseptic.

10. Quinoa can be germinated to boost it's nutritional value
Germinating Quinoa activates natural enzymes and multiplies the vitamin content. Better yet, the germination period is short, requiring only 2 to 4 ours soaking in water to make it sprout.  Germination makes Quinoa soft, making it great for use in salads.

The great thing about Hugh's recipe for Quinoa with Zucchini and Onions is that this dish can be served hot or cold. The other night I made this as a side dish, and the next day I enjoyed the leftovers for lunch (and probably will today too). In addition to it's versatility, this recipe is easy to prepare, involving cooking the Quinoa and frying the Zucchini and Onions and then combining it all together with some parsley, lemon juice and pine nuts. I didn't have pine nuts to hand, so I substituted toasted slivered almonds, which worked just as well.

So tell me, have you tried Quinoa?

If you've enjoyed the recipes in this series, and would like to try more, I have great news for you because I'm giving away a copy of River Cottage Veg Everyday thanks to Bloomsbury Publishing. If you would like to enter this great giveaway click here to submit your entry. Don't forget you can enter more than once to increase your chances of winning, and there are also daily entry options. 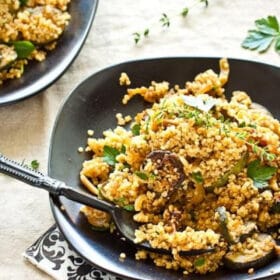 Quinoa with Zucchini and Onions

You will need to ensure you have a very large frying pan to cook the zucchini and onions so that they cook properly rather than steam. I didn't have pine nuts to hand so substituted slivered almonds, which worked well.