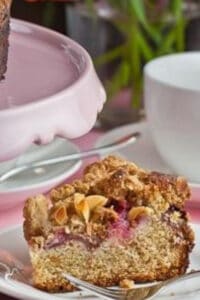 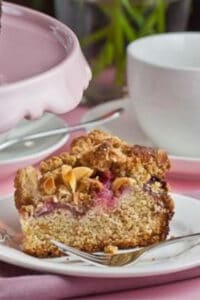 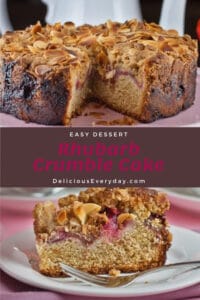 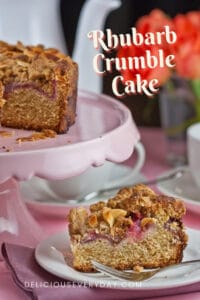 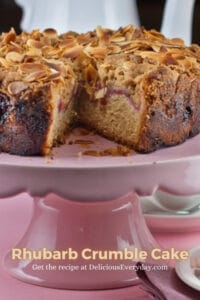 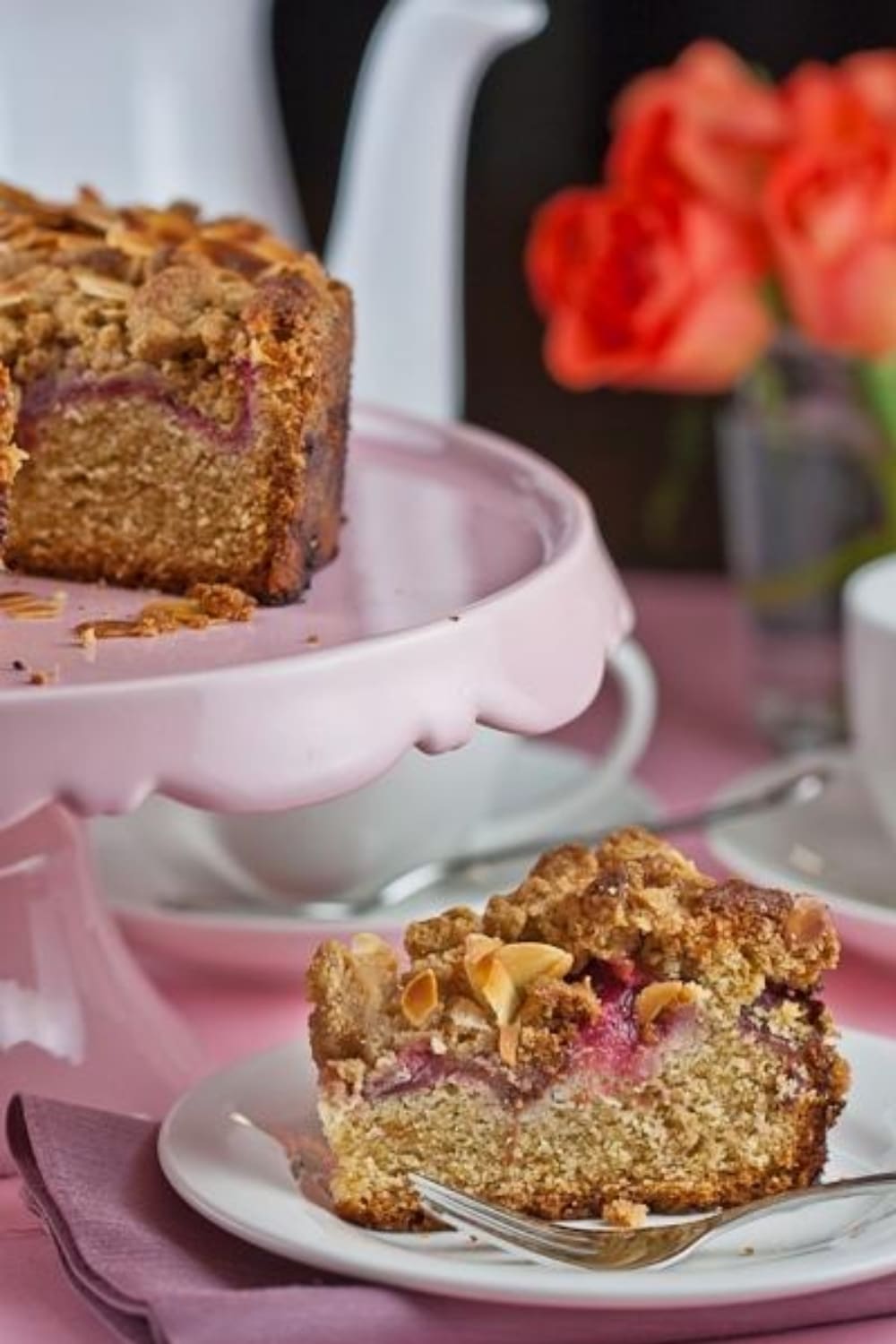 I've been a fan of Rachel Allen, the bubbly Irish celebrity chef, for some time now and some time ago I purchased Rachel Allen's Entertaining at Home cookbook, which is the companion book for her Rachel's Dinner Parties TV series.

It's a beautiful book, and if I was to put together a cookbook, this is the type of book I would want.

It's pretty, contains beautiful photography and is well laid out - with chapters focused on food for brunches, casual meals, eating outdoors, canapés, and celebrations.

It's the type of book you could spend an hour flicking through for inspiration, which is exactly the type of thing I like to do.

So when I recently bought some rhubarb I turned to Rachel's book because I remembered seeing a recipe for Rhubarb Crumble cake, which sounded delicious.

This was actually my first time cooking with rhubarb.  It's not that I hadn't eaten rhubarb before, as I've enjoyed it in desserts at restaurants, but for some strange reason had never felt inspired to cook with it at home.

I'm glad I made that leap though, because it's delicious, and even better, it's versatile - watch out for a rhubarb cocktail recipe coming soon!

This Rhubarb Crumble cake is gorgeous and when you cut into it you find a surprise pretty pink, almost jammy layer of rhubarb.  Yum! 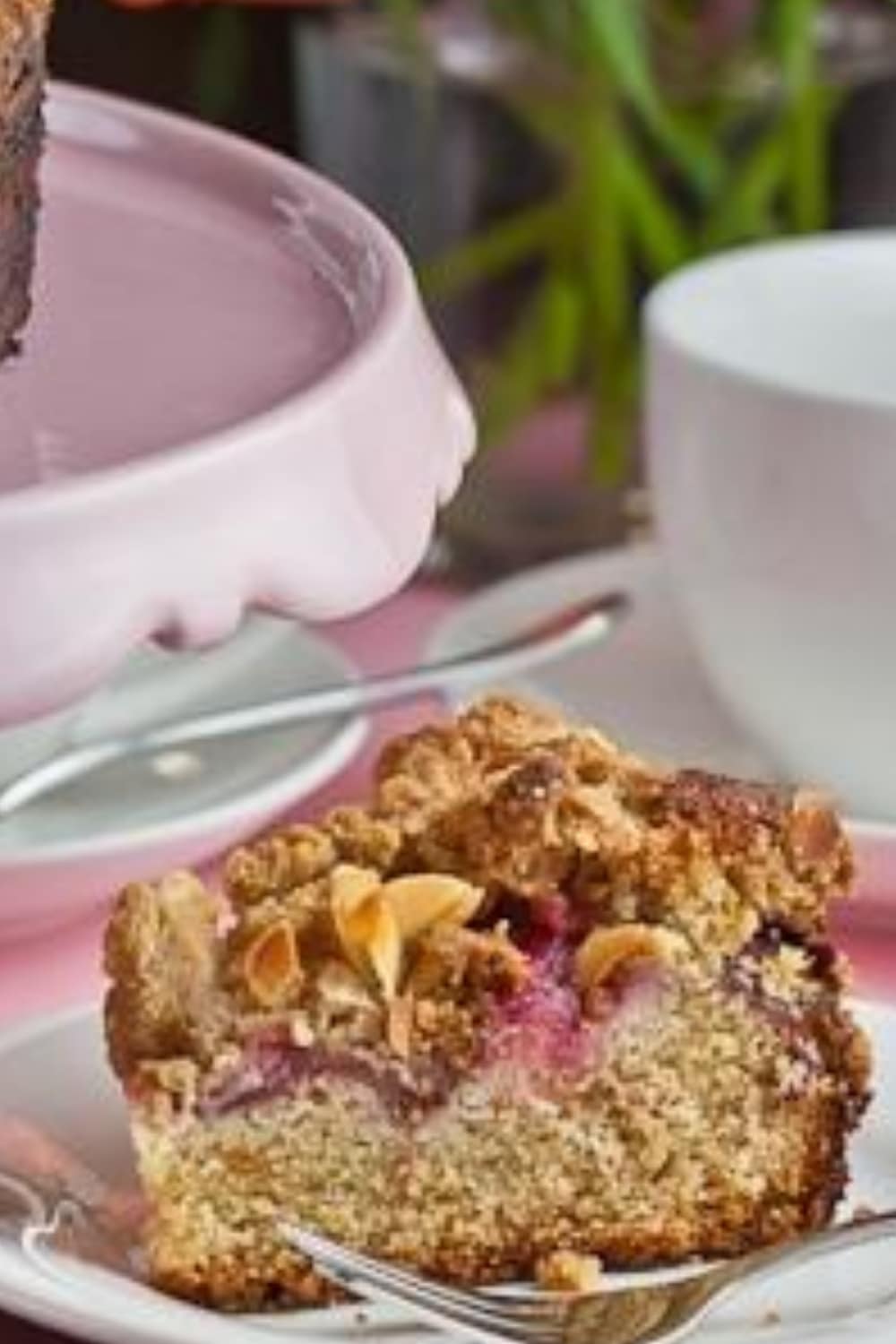 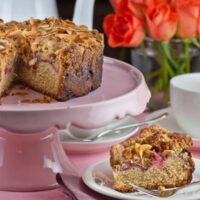