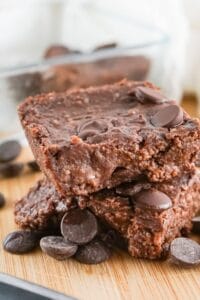 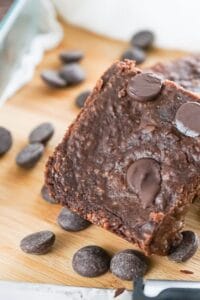 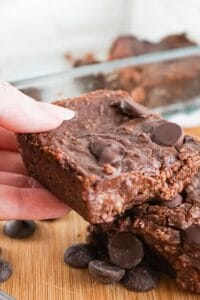 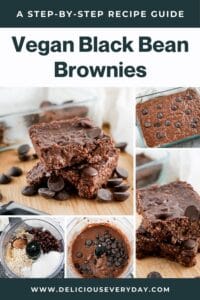 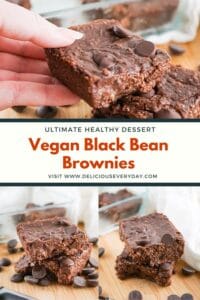 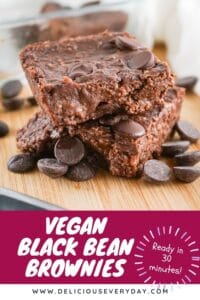 Make these Vegan Black Bean Brownies for a healthier version of this classic dessert. Rich and decadent, these will melt in your mouth while giving you a boost of nutrients. Easy to make, with no complicated ingredients involved.

Ok, I know you’re probably thinking, “Black beans in brownies?! What?!” I thought the same thing at first. However, once I tried them, I was like, “Hey now, this is a delicious way to fit in a ton of nutrients for the day.”

Crazy enough, these Vegan Black Bean Brownies don’t taste like you’re eating beans in a dessert. On top of that, they give you a plethora of vital nutrients your body needs. It’s a huge plus all the way around.

I used to think the same thing about these Vegan Crab Cakes and Tahini Caramel Buckwheat Balls. Vegan recipes might have strange or complicated names or ingredients sometimes, but they definitely get a bad rap for no reason. They end up being a lot more delicious than people realize.

Go ahead, give these black bean brownies a chance and I have no doubt you’ll be surprised.

Scroll down for full recipe with detailed ingredients and instructions.

How Many Calories Are in a Black Bean Brownie?

This will vary depending on the type of black beans you use and the recipe in general. This will also depend on how big you cut the brownies. However, you can usually bank on the brownie being about 80 calories or less. This is why they’re esteemed as a healthier option than your normal, run of the mill brownies. They also include a burst of vital nutrients your body relies on daily. Isn’t that crazy that a brownie can offer that?

Are Black Beans a Superfood?

Black beans are definitely seen as a superfood simply because they’re packed with so many nutrients. They’re high in fiber, antioxidants, vitamins, minerals, protein, and a slew of other benefits. Did you know they can boost your digestion and help keep chronic illnesses at bay? If you don’t have black beans, or beans in general, in your diet, you should! They’re an all around food that are easy to incorporate into countless things, as you can see with these Vegan Black Bean Brownies.

If you decided to give these Vegan Black Bean Brownies a try, please let me know in the comments below or on social media!

If you love these black bean brownies, don't miss these other delicious vegan desserts. 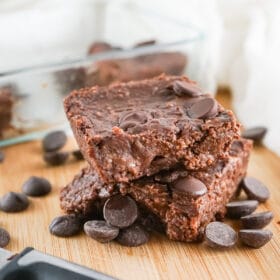