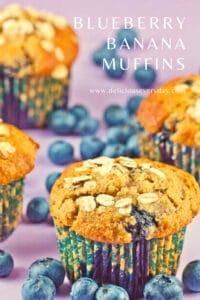 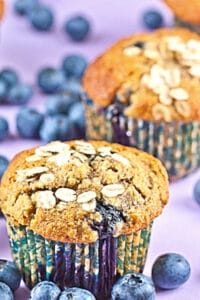 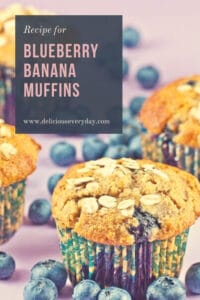 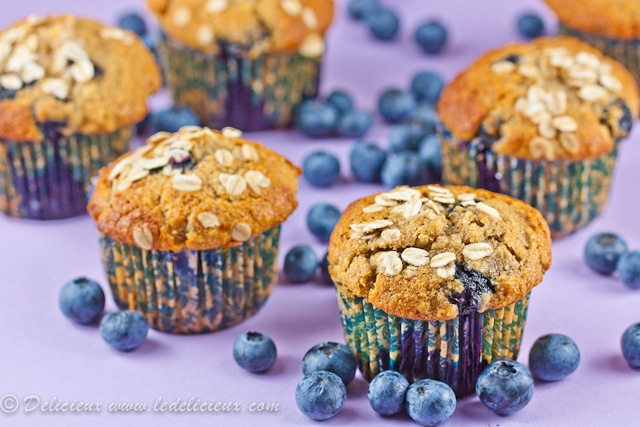 I have another banana recipe for you today.  Something to feel slightly less guilty about than the Caramel Banana Pudding I shared with you last time.

I conceived these deliciously moist muffins as a breakfast style muffin, but really they are perfect for any time of the day.  And you needn't feel so guilty about indulging in one of these scrummy Blueberry Banana Muffins because these muffins are sweetened with Agave, instead of sugar.

Not familiar with Agave?  Well, Agave, or Agave syrup, is a sweetener produced in Mexico from the Agave plant.  The Agave plant is also the same plant that is used to make tequila.  Agave syrup commonly comes in two varieties - light or dark, and is similar to honey, although it's sweeter and not as thick.  It can be used to substitute sugar and honey in recipes and has a lower glycemic index than sugar.  It's also reported to be lower in calories, however there is some debate in this with the claims mainly relating to the fact that because agave is sweeter than honey less Agave is required resulting in lower calories.

If you are interested in trying Agave, pop into your local health food store who are sure to have some in stock or will be able to order some in for you.  My Australian readers can also purchase it online from Loving Earth or Maretai.

Have you tried Agave before?   And what are your favourite breakfast muffin flavour combinations? 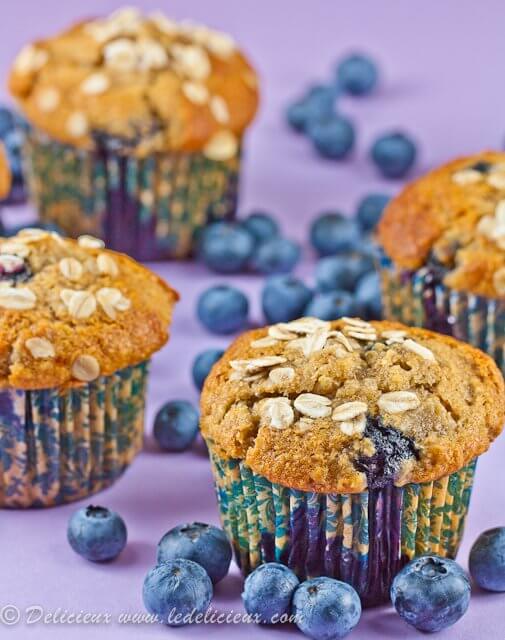 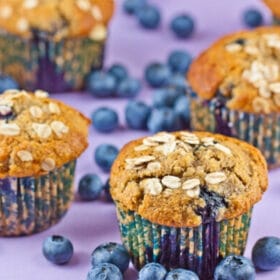