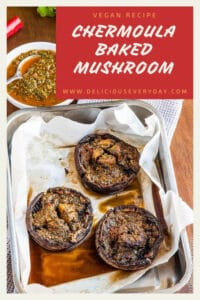 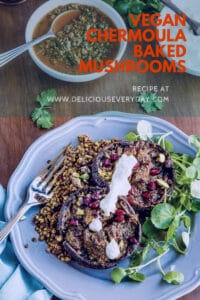 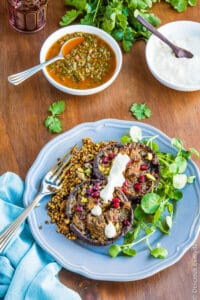 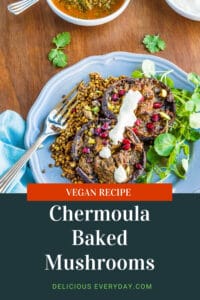 Spice up your cold winter evenings with this fragrant vegan recipe of Chermoula Baked Mushrooms with Persian Spiced Buckwheat and a Preserved Lemon Cashew Cream. 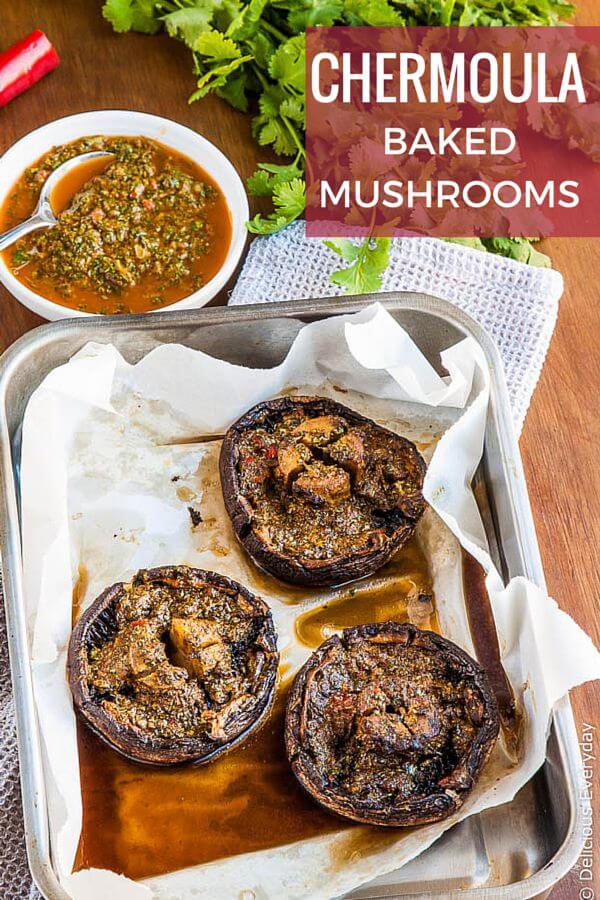 There's a reason why mushrooms are often refereed to as meat for vegetarians. Look how juicy and succulent these gorgeous Chermoula Baked Mushrooms have become after 25 minutes in the oven.

While I'd be more than happy to eat the mushrooms alone, I've served them on a bed of Persian Spiced Buckwheat for a truly Autumnal dish, which I'm relishing, as the weather here in Brisbane finally starts to take a cooler turn, especially in the evenings.

If you don't have buckwheat you can sub bulgur wheat or couscous easily here, which will result in a lighter dish.

Serve with your favourite greens on the side, or some sweet roasted baby carrots, and a dollop of preserved lemon cashew cream (or yoghurt, if you can tolerate dairy) and you have a hearty evening meal. 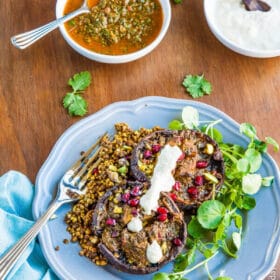