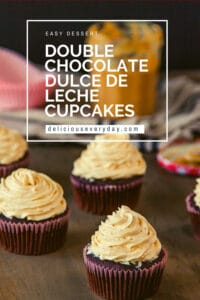 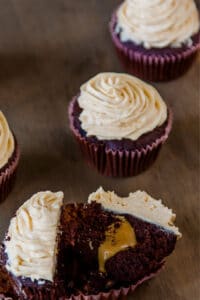 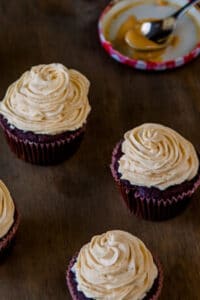 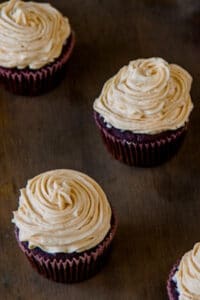 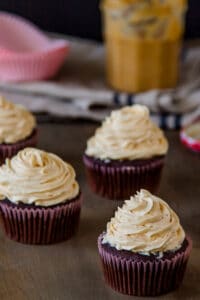 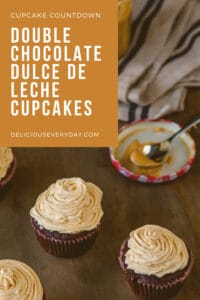 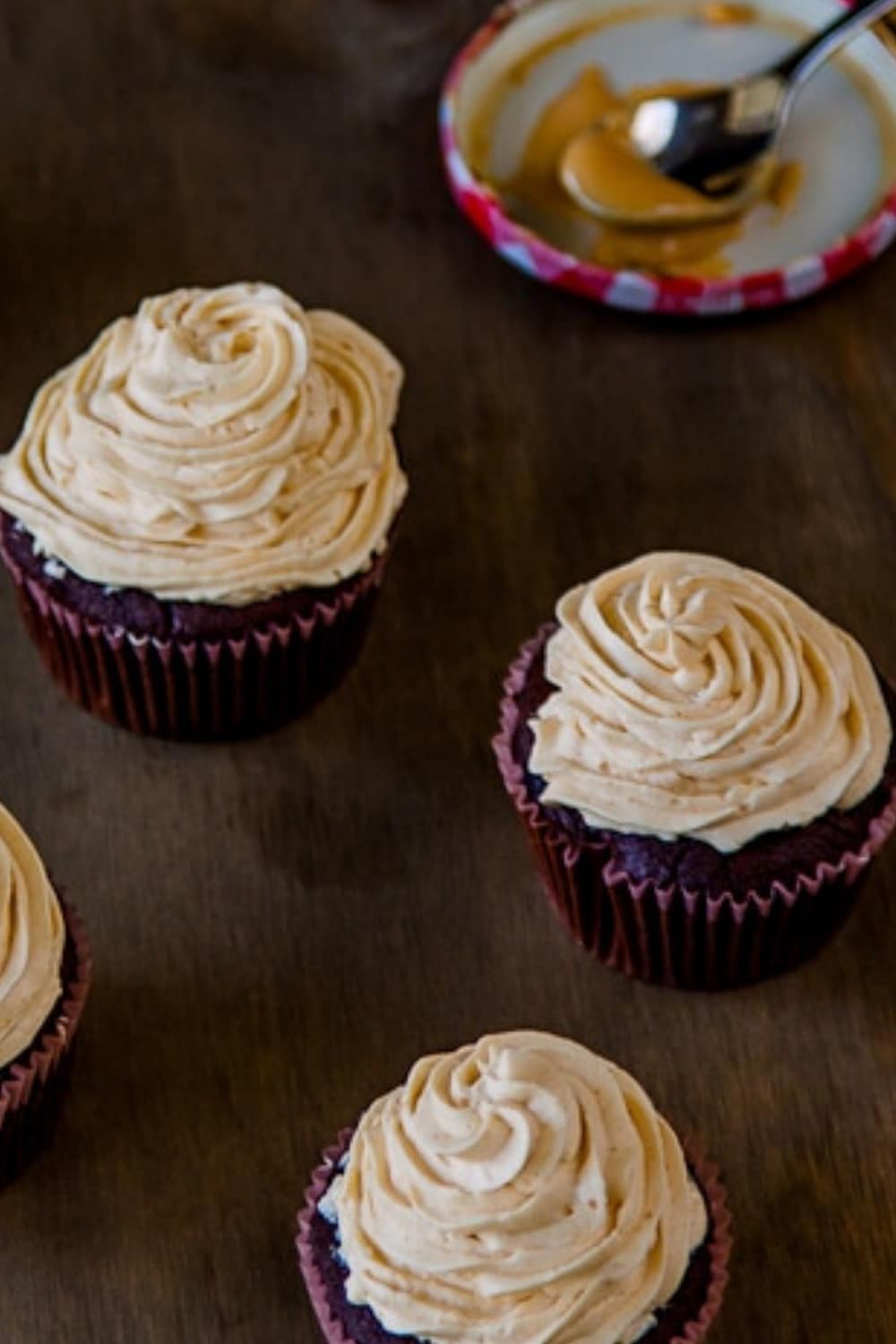 It was my birthday yesterday and I had the most wonderful day being pampered by my husband.

It started with him excitedly giving me a birthday card. After our first few years together he now understands that I love thoughtful cards, and that they can often mean more to me than any gift. His card was indeed thoughtful, in fact it brought tears to my eyes. This was quickly followed by gifts, and I couldn't help but laugh when I saw the little girl wrapping paper, which has become somewhat of a birthday tradition as each year he wraps my presents in Princess style paper. This year though it was fairy paper, for something different.  Along with a copy of [amazon_link id="1608197018" target="_blank" ]Heston Blumenthal At Home[/amazon_link], I received a gorgeous green silk dress and a dvd of one of my favourite movies.

Then came a breakfast of lemon pancakes. Pancakes are my husbands breakfast speciality, and I'm only too happy to enjoy them on the all too rare occasions that he cooks nowadays. 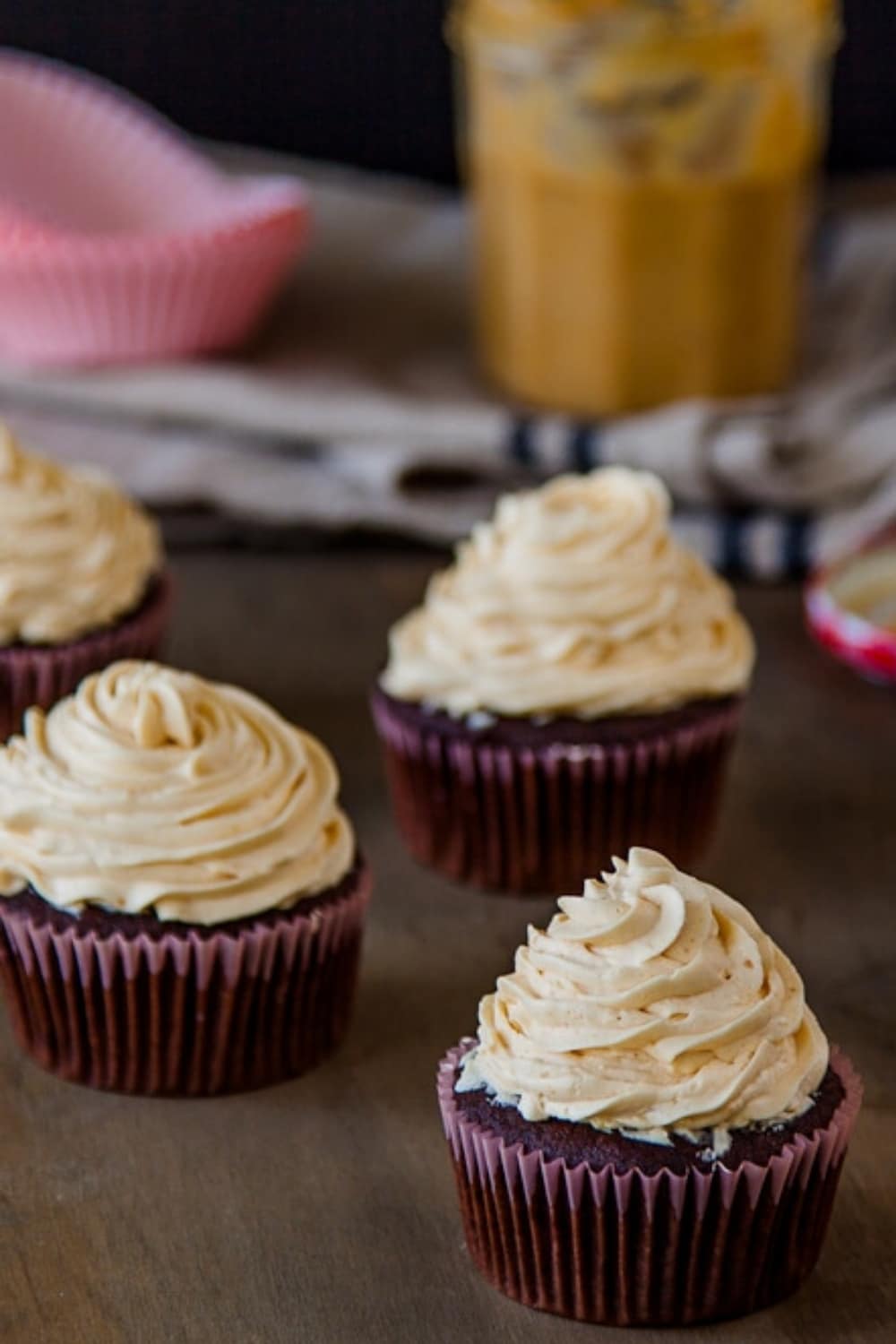 As I finished my pancakes he disappeared for a while, and I soon discovered he'd been busy preparing a candlelit bath, complete with a glass of champagne. Every few minutes he came to check if my champagne glass needed a top up, or if I'd like a snack or anything else. What more can a girl ask for!

And that's how I feel about these Double Chocolate Dulce de Leche cupcakes. They are delicious, dark and divinely chocolatey cupcakes. With melted chocolate and cocoa in the batter, they have a rich chocolate taste that many chocolate cupcake recipes lack, and filled with dulce de leche and topped with a dulce de leche Italian meringue buttercream they are all a birthday girl could ask for. 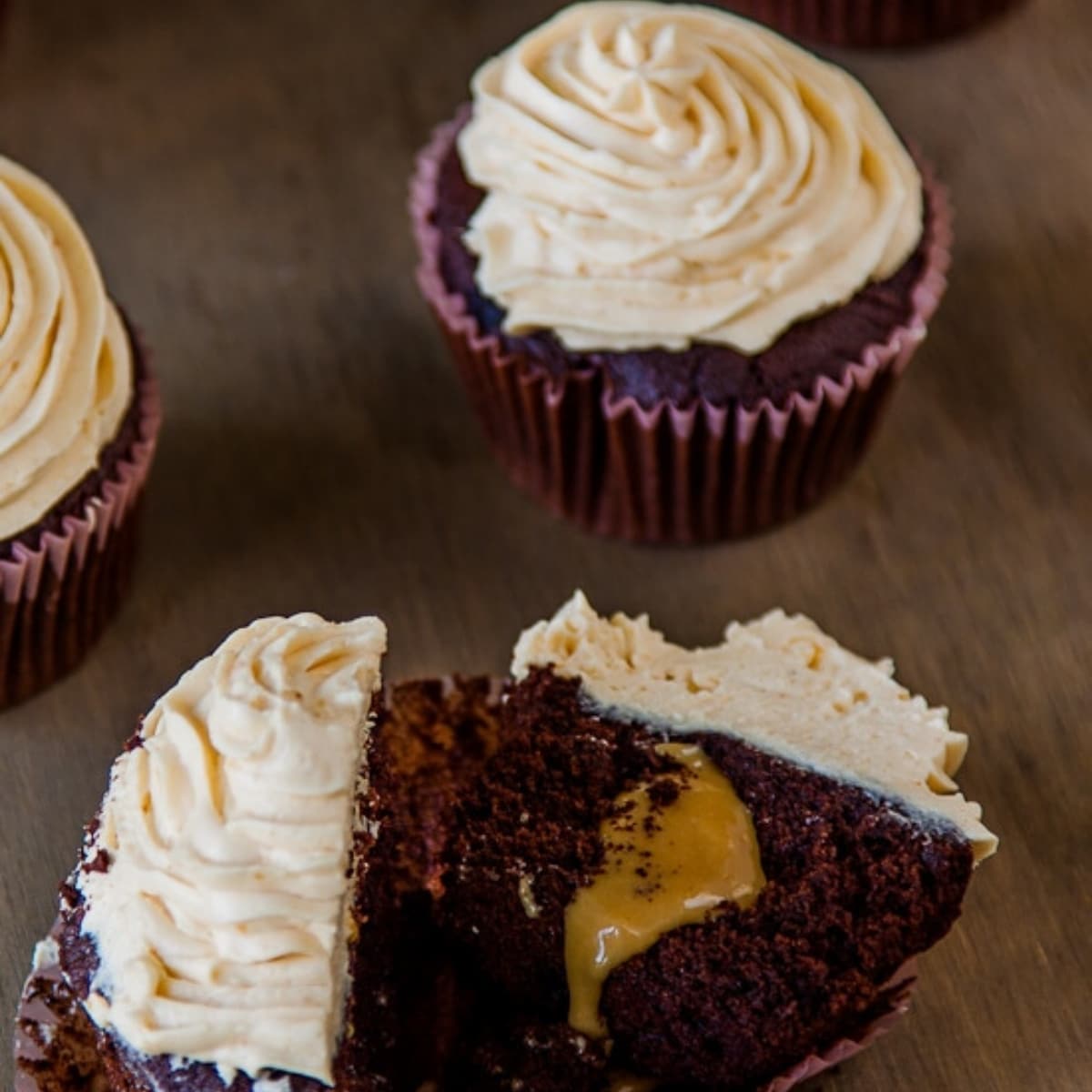 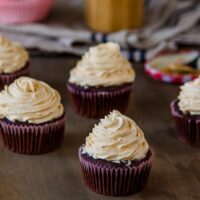 If your dulce de leche appears lumpy after it comes out of the oven don't fret. Use an immersion (stick blender) to blend until smooth. It's important the Italian meringue cools down enough before you begin adding the butter. Add the butter to soon and it could melt and turn the meringue into a soupy mess. If that happens don't stress. Simply refrigerate the mixture in the mixing bowl for an hour and begin whipping again before adding the remaining butter and flavouring.