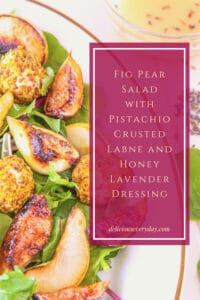 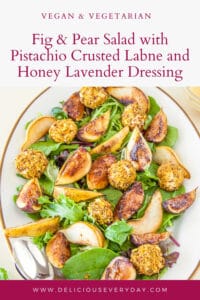 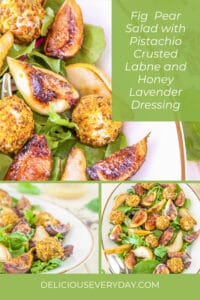 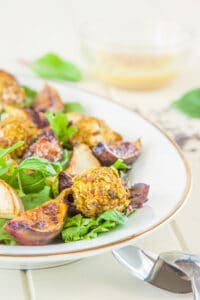 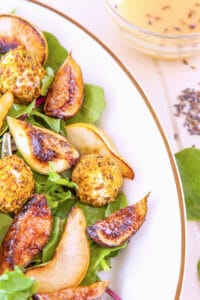 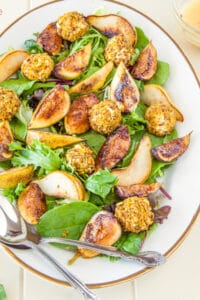 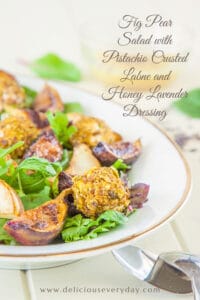 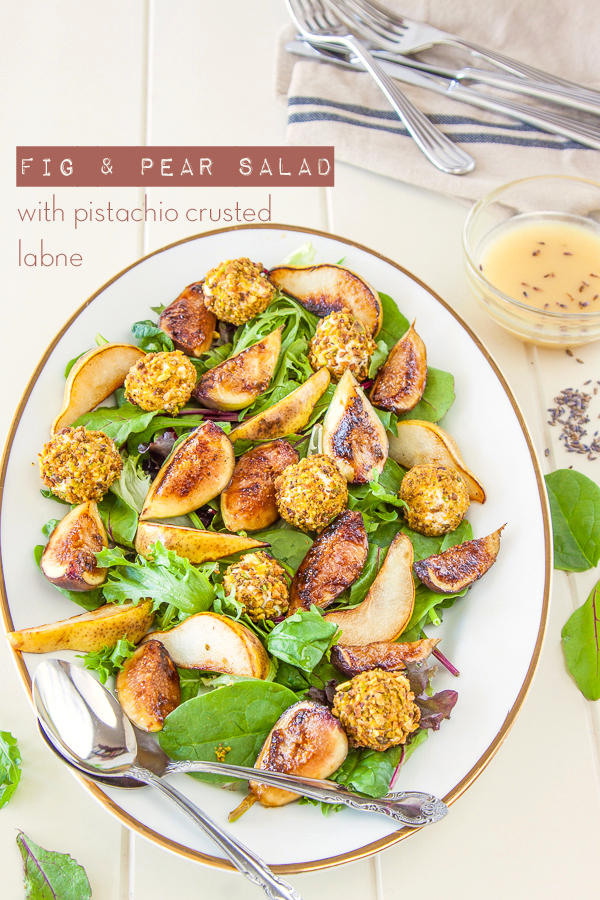 Figs are in abundance at the moment, and it has been very remiss of me to not share a fig recipe so far this season.

So, to make up for it, I have a special salad to share with you - this Fig and Pear Salad with Pistachio Crusted Labne and a Honey and Lavender dressing. Yes, it sounds a little fussy, but it really comes together quite quickly and easily. Promise!

It is a decadent salad, to enjoy over a glass of wine, or two, on a lazy Sunday, with a loved one, or a group of good friends. It also looks impressive, but, as I said, is really easy to put together.

The inspiration for this salad came from a simple combination of yoghurt, figs, honey and pistachios. Something I enjoy during fig season, and it kind of took a life of its own from there.

I made the labne and realised I had a few pistachios left from the last batch of granola I made, and thought that, once toasted and crushed, they would make a fabulous and pretty coating for the labne. Then as I reached into the pantry for the pistachios I spotted the lavender sitting neglected amongst my spices, and new I had to add that in too. The lavender, in the dressing, adds an interesting note, but don't stress if you don't have any lavender as you can easily leave it out.

Labne (sometimes called yoghurt cheese or labneh) is made from yoghurt which has been strained through a cheesecloth in order to remove excess whey. You can easily purchase it from most gourmet food stores, and even some supermarkets, however it is just as easy to make it at home. If you do decide to make your own (and I think you should) begin the recipe a day ahead, to allow time for the yoghurt to strain in the refrigerator overnight. If you don't have any yoghurt or labne try using some goats cheese instead, or even torn up pieces of blue cheese. 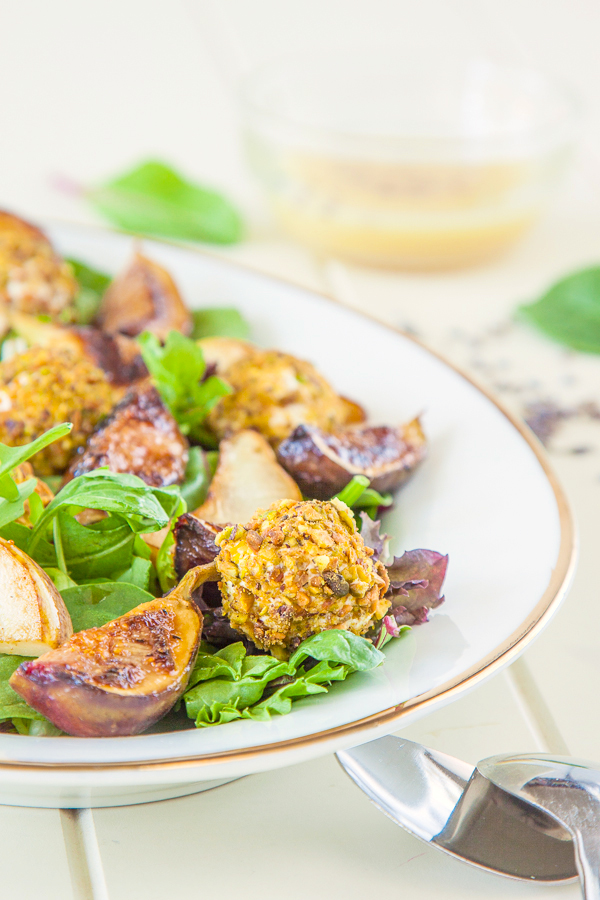 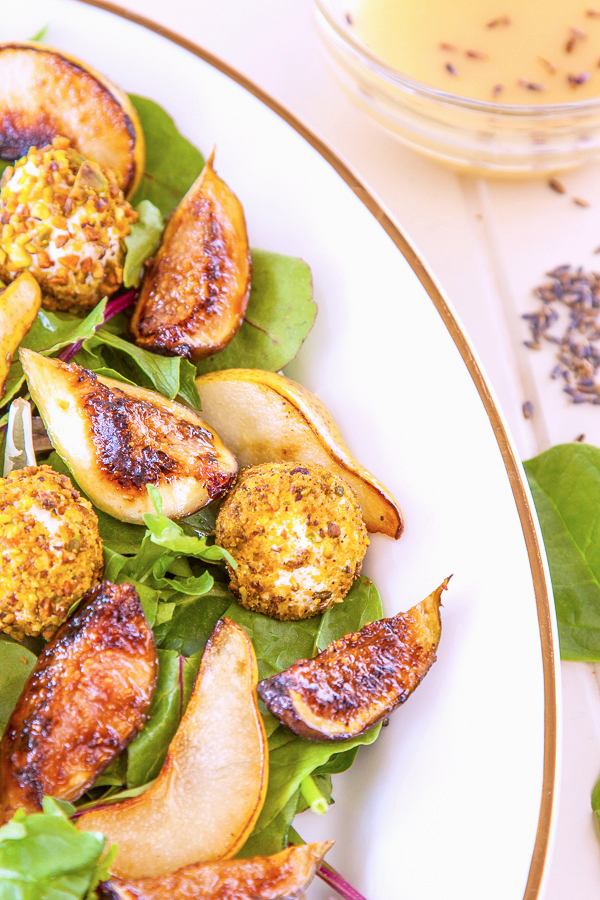