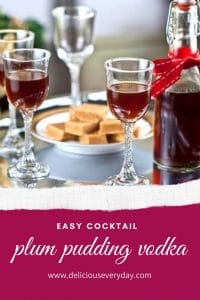 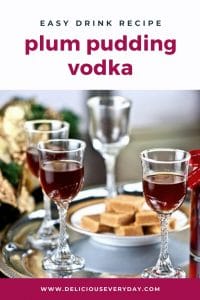 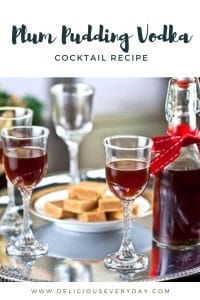 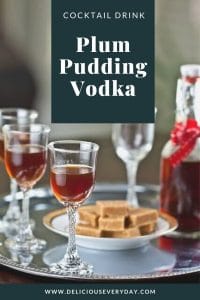 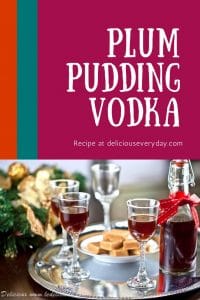 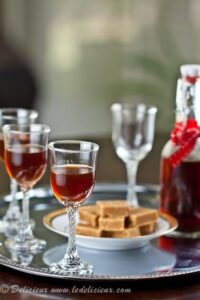 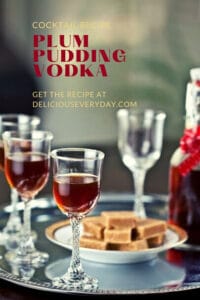 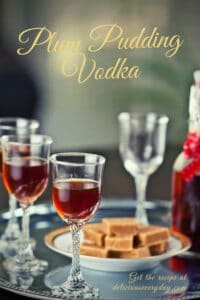 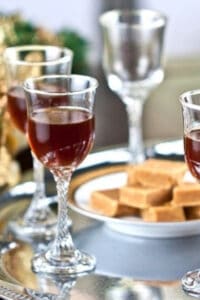 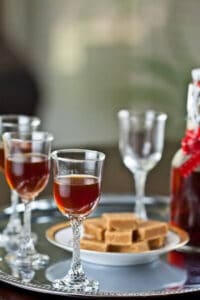 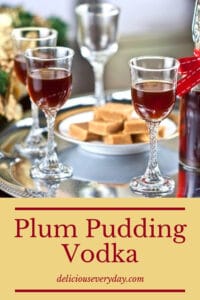 This Plum Pudding Vodka brings the flavors of this classic Christmas dessert to your cocktails. Plum vodka is made by infusing the vodka with flavorful fruit, vanilla beans, cinnamon sticks, and nutmeg. 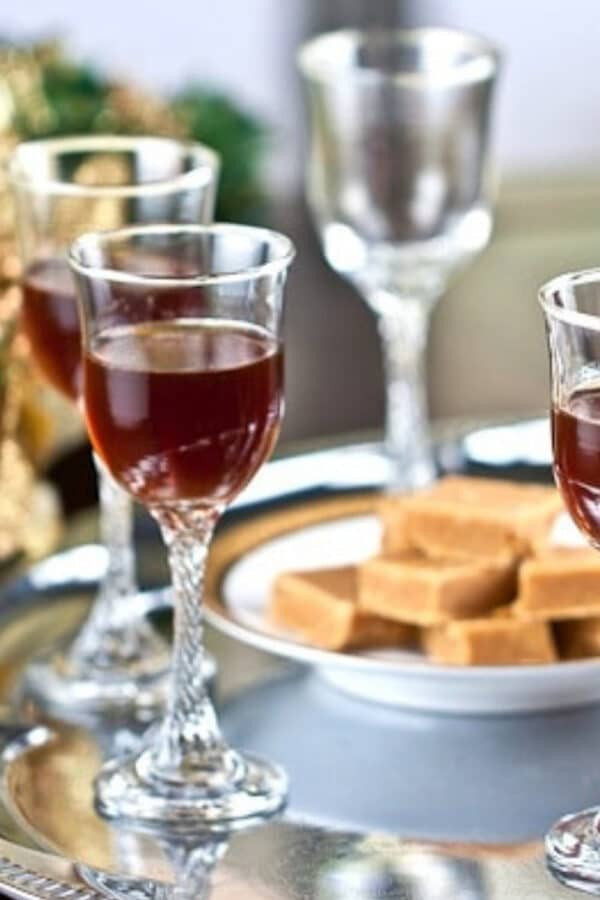 Do you like Plum Pudding? How about Vodka?  Well, have I got the treat for you - Plum Pudding Vodka!

This little glass is bursting with Christmas aromas from vodka infused with dried fruits and spices.

And you know what? It actually does taste like Plum Pudding!

When I made this, my chief taste tester, otherwise known as my husband, drank up his small glass and declared "Wow, this has to go on the blog" before pouring himself another glass. 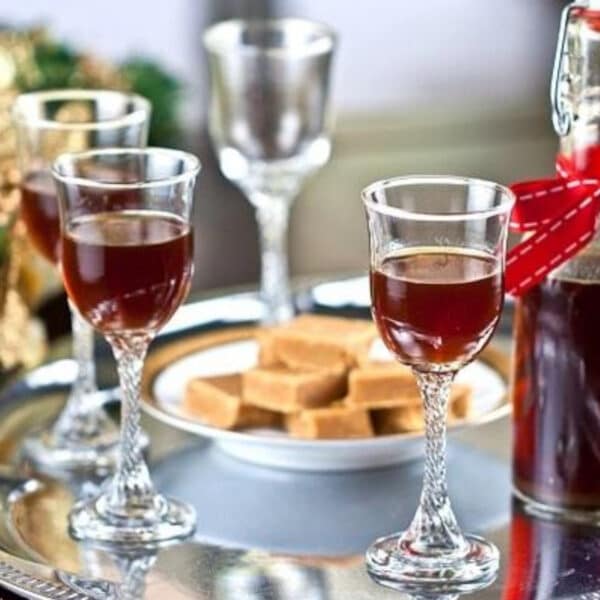 Even to a non Plum Pudding lover, like me, it's pretty delicious. It makes for a great cordial, or a fun mixer for Christmas cocktails.

It would be wonderful to sip after Christmas dinner in lieu of dessert, or even serve it with a little square of Vanilla Tablet.

You could also make a batch and give it to friends as an edible Christmas gift!

Have you ever tried making your own Vodka infusions?  What are your favorite flavor combinations? 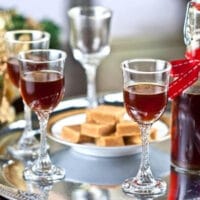