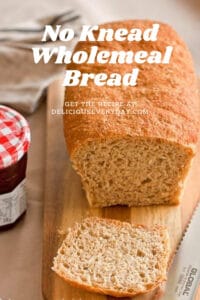 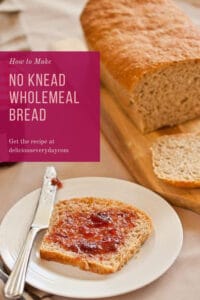 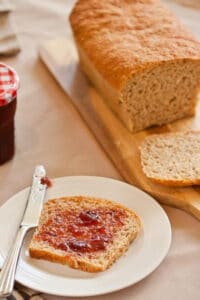 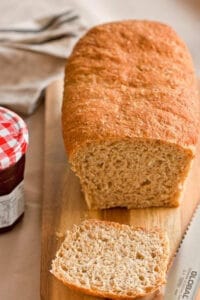 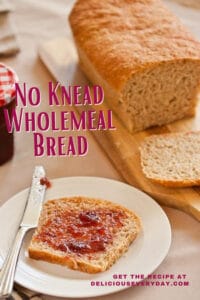 At the start of the year I made a resolution, I wanted to learn how to make delicious bread at home, and after months of trialing recipes I've finally found the wholemeal bread recipe I'd been looking for. 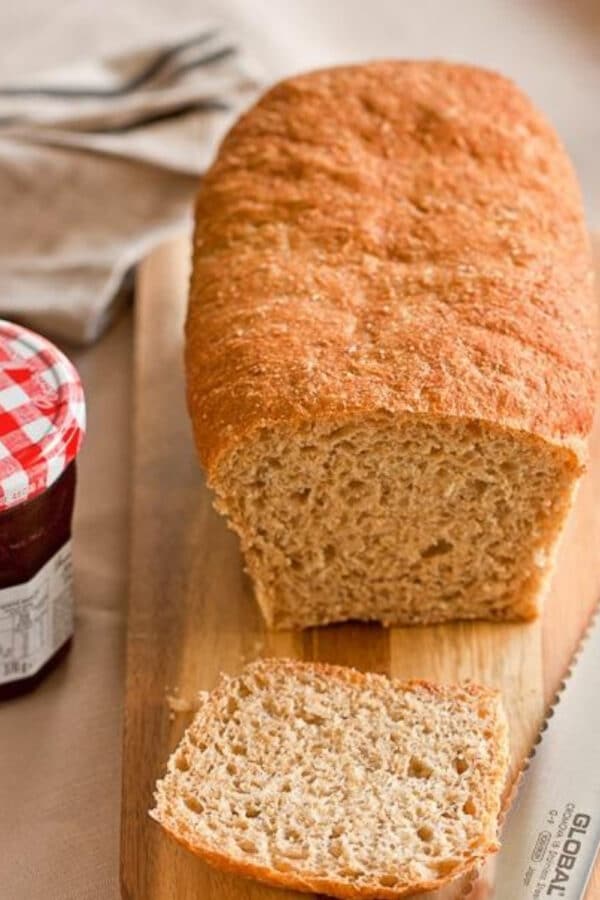 While I like crusty bread as much as the next person, particularly with a steaming hot soup in winter, I don't want crusty bread first thing in the morning because when crusty bread is toasted I almost feel like I am at risk of breaking a tooth when enjoying my morning toast.

So, I set out in search of a wholemeal bread recipe that would produce a bread with a soft crust.

When I made my resolution to make delicious bread at home I downloaded Peter Reinhart's Artisan Breads Every Day to the Kindle App on my iPad and promptly forgot about it.

What a mistake, because inside this book was the recipe to the best bread I've ever made. I won't say it's the best whole wheat bread recipe ever, because bread, like everything in life, is subjective and everyone likes different things.

But to me, this is the best bread we've tasted. In fact, it's so good that the first day I made the bread my fiancé asked if we could just have the loaf of bread for dinner, he was so enamored with it!

The beauty of this whole wheat bread recipe is that it's no knead! You don't need to spend 10 minutes kneading the dough until it's smooth, however there are a few little steps involved, each requiring no more than a minute.

After which time you have enough dough for 2 small loaves of bread or 1 large, which you can refrigerate and bake over the next 4 days.

Secondly, the original recipe called for the use of sugar or honey as the sweetener. In place of these I have used Brown Rice Syrup (available from the health food section of your supermarket), however if you don't have Brown Rice Syrup simply use honey.

You could also use sugar too, but I think the honey works well with the whole wheat flour in terms of flavor.

I now make this wholemeal bread twice a week, we love it that much, and I hope you will too.  In fact, I can happily say we no longer buy bread.

So tell me ,what do you look for in a perfect loaf of bread? Is it crusty, soft or somewhere in between? 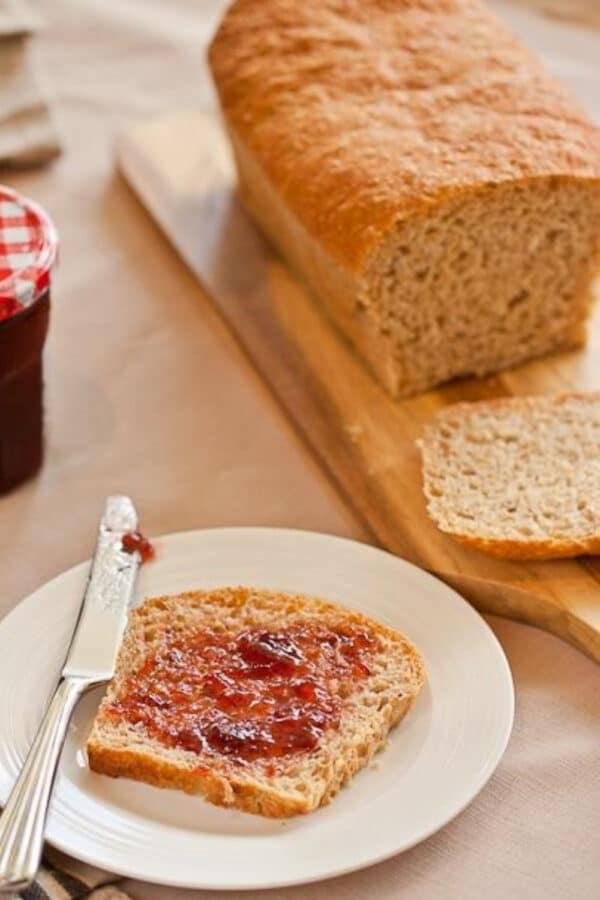 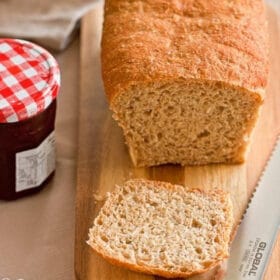 The remaining dough can be baked any time over the next 4 days.